GREENSBORO, N.C. — The Greensboro Police Department is looking for a known criminal.

Punxsutawney Phil, also known as “The Groundhog,” is wanted for causing extreme, prolonged harsh weather in the Piedmont Triad.

The Greensboro Police Department released these photos of the wanted creature. 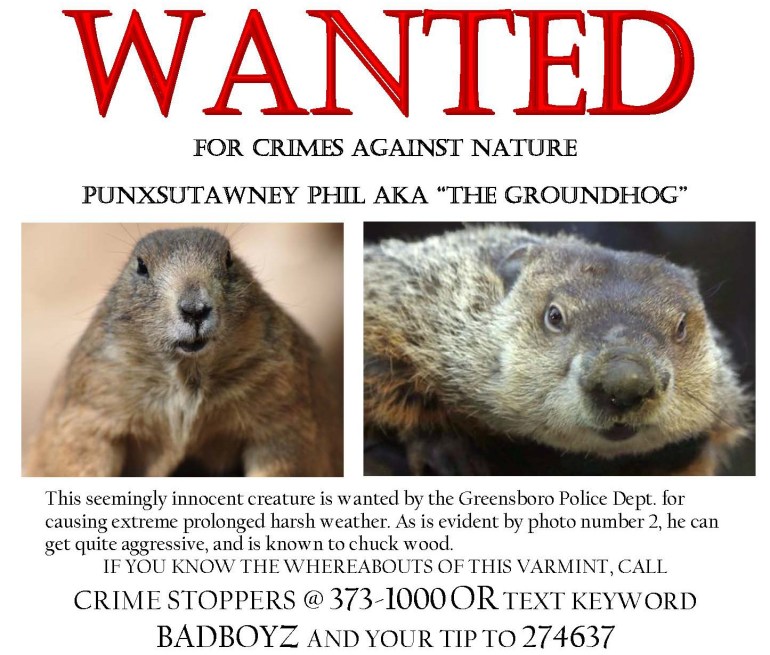 Phil can be extremely aggressive and is known to chuck wood.

Greensboro-Guilford Crime Stoppers will pay a cash reward of up to $2,000 for any information leading to the arrest of Punxsutawney Phil.

@CarterCoyleWGHP @myfox8 @greensborocity Citizens should never attempt to apprehend a wanted creature on their own! Call authorities first!

North Carolina teen gunned down in her front yard; suspected killer on the run