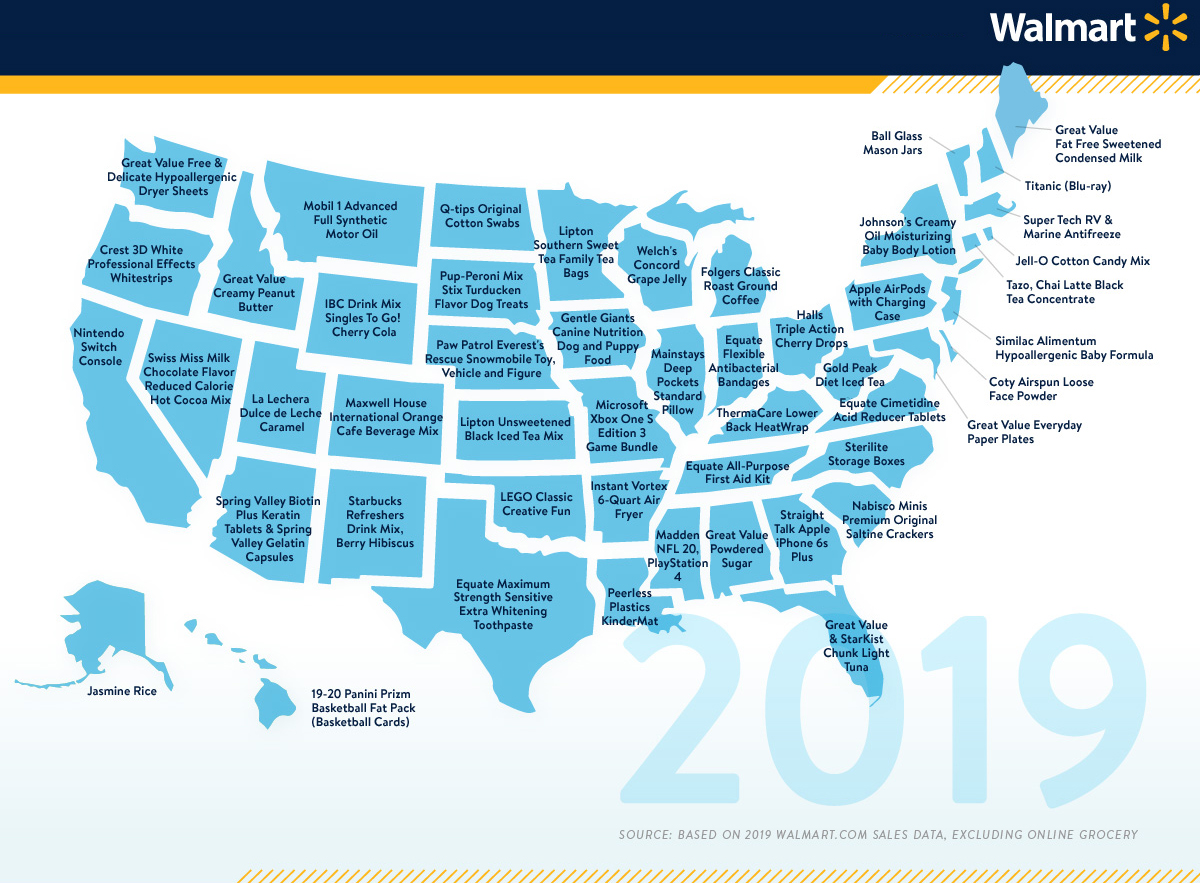 Looks like North Carolina is putting away the old to get ready for the new decade.

Walmart has released the #1 products purchased on Walmart.com for each state.

South Carolina seems to be full of some diehard fans of Nabisco’s saltine crackers.

Virginia’s been having some stomach issues and bought a whole bunch of Equate cimetidine acid reducer tablets.

Tennessee wants to be ready for anything with Equate all-purpose first aid kits.

And Georgia was a little late to the party buying a ton of Apple’s 2015 phone model, the iPhone 6S.

The company also revealed the most-purchased products in the United States for each year of the decade.

Wine prices expected to drop due to excess supply of grapes

(WTNH) — John and Mary Sevanick have been married for 55 years.

But those memories may soon fade for Mary, who is battling Alzheimer’s.

MILWAUKEE -- The bodies of two missing girls and their mother were found Sunday, and an amber alert was canceled that was issued Saturday, WBAY reports.

The Milwaukee Police Department said Amarah Banks, 26, and her children Zaniya Ivery, 5, and Camaria Banks, 4, were last seen in the area of North Sherman Boulevard and West Green Tree Road Saturday around 1 a.m.

LORAIN, Ohio (WJW) - Days after a violent incident on the court left a local basketball player with a concussion, another team stepped up and showed support.

Cell phone video captured a Norwalk basketball player, injured in a game over the weekend, scoring the first two points on her senior night Tuesday against Clearview High School.

“Too much”: Florida man not allowed to bring cutout of Trump to dialysis appointment