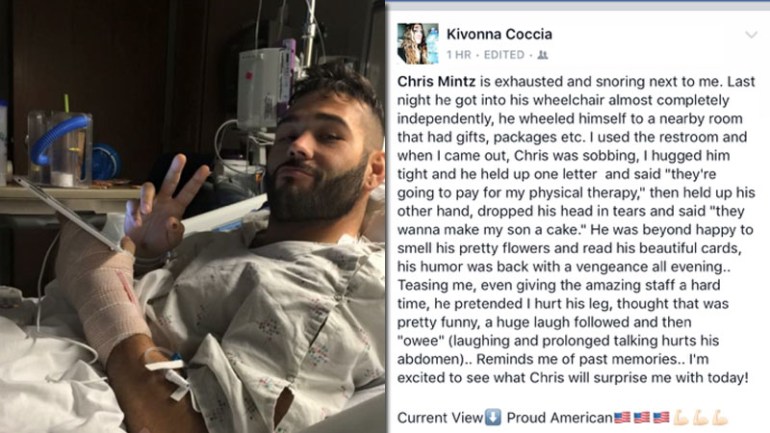 ROSEBURG, Ore. — The man from Randleman hailed a hero after the deadly shooting at a community college in Oregon last week is making progress at the hospital.

Kivonna Coccia has been providing updates on Mintz’s condition on Facebook from his hospital room at Mercy Medical Center in Roseburg.

She said he got into a wheelchair with only a little bit of help last night and wheeled himself to a nearby room that was filled with gifts and packages.

She said Mintz was beyond happy to smell his flowers and read his beautiful cards.

She also said his humor is back with a vengeance, saying he teased her last night and playfully gave the staff a hard time.

Mintz was shot several times while trying to stop the Umpqua Community College gunman in Oregon.

There is also a petition on the White House’s official website asking President Barack Obama to award Mintz with the Presidential Medal of Freedom. The petition currently has more than 8,800 signatures, with 100,000 needed by Nov. 1.