GUILFORD COUNTY, N.C. — Greensboro  Police on Tuesday morning received a call about another clown sighting in the Piedmont Triad.

The sighting occurred at The Park at Oakridge apartments off Old Oak Ridge Road not far from Interstate 73. A man said he saw a clown near the wooded area behind the complex at about 10 a.m.

Chris Bass told FOX8 he lives at the complex with his wife and two children. He was on his balcony when he spotted a man in a white mask, red curly hair, yellow dotted shirt, blue clown pants and clown shoes in the wooded area. Bass tried to chase the clown but could not catch him. He called his actions his “fatherly instinct.”

In a news release from the Greensboro Police Department, officials said it is lawful to dress as a clown, but “given the heightened tensions about these entertainers,” they are “discouraging copycat behavior by individuals who may find it humorous to mimic the suspicious behavior that has parents on edge.” “Copycats” unnecessarily alarm the public, and place an unnecessary drain on police resources, officials said.

Tuesday’s clown sighting comes after someone in a clown costume tried to lure kids into the woods Sunday night in Winston-Salem. A second sighting happened about two miles away later that same evening.

The Sunday night incident in Winston-Salem happened in the 1200 block of East 29th Street off Hwy. 52 about 8:30 p.m. The “clown” was described as wearing white overalls, white gloves, red shoes with red bushy hair, a white face and a red nose. 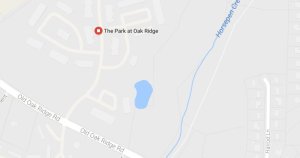 The suspect allegedly tried to lure the kids with treats. The suspect was reportedly seen by two children and heard, but not seen, by one adult. The suspect fled the area when officers arrived.

A second clown sighting happened just after midnight in the 1600 block of Hope Lane, two miles from the first sighting. Officers attempted to locate the subject but were unsuccessful.

All three spots where clowns were reported are in very residential areas near parks/woods.

Greensboro police encourage parents to use the latest clown sighting as an opportunity to talk with their children about strangers and how to avoid a potentially dangerous situation. Parents should tell children never go anywhere with a stranger, even if it sounds like fun. Instead, children should run away and scream if someone follows them or tries to entice them to go to another location.

Captain Terry w/ @GSO_Police "this is bizarre." But he goes on to say, no crime was committed. @myfox8 pic.twitter.com/ZY9PKUeT3c

PTI director explains improvements being made