HIGH POINT, N.C. -- A mother is heartbroken after losing her teenage son in a Christmas Eve shooting in High Point.

At about 12:30 a.m. on Christmas Eve, High Point police responded to High Point Hospital in reference to a shooting victim who was taken to the hospital in a personal vehicle. Officers were able to determine that the 18-year-old victim was shot on Eskdale Drive.

The victim, Austin Shoaf, was airlifted to another location and was pronounced dead a short time later. High Point Police detectives are investigating and no additional information is being released at this time.

"One minute it's OK and the next minute, my life is crumbling," said Erin Shoaf, Austin's mother. "I can't even put it into words to be honest with you."

She described her son as "the most caring and thoughtful child honestly you'd ever meet."

"There's people that's come by our house. Just my (Facebook) messenger is so full of kids I don't even know ... they're just reaching out and telling me how Austin just touched their lives. I mean he was the best brother, the best son." 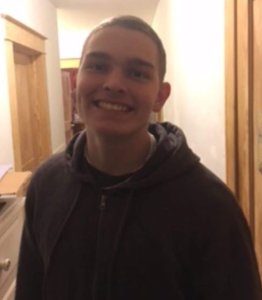 "You know Christmas morning was so, so hard for me. He's the one that had the presents under the Christmas tree first. I can't explain his heart. It's just unbelievable. It's hard to even eat but I try to just keep on trucking for my other son."

Erin Shoaf said she was going to spend time with Austin's childhood friend who was the other person there during the shooting and the person who rushed him to the hospital.

"He's known Austin his entire life. I wouldn't even say a friend. It's like his brother. Just that poor kid just to see all of that.. he has to relive it. I'm so worried about his mental well-being."

She said she believes Austin was getting robbed and was just "at the wrong place wrong time."

She called the shooting "senseless" and "evil."

"That's my biggest thing. The violence has got to stop."

"You know if there's something I can do to turn one kid around, I would definitely do it in the name of Austin."

Greyhound will not allow US Customs and Border Protection agents to conduct searches on its buses without warrants, the company announced Friday.

Greyhound will give its drivers and employees updated training in response to the policy change, it said in a statement, and put stickers on its buses making its position clear.