ATLANTA — When a plane took off from Georgia to meet two American missionaries fighting to survive Ebola hemorrhagic fever in West Africa, social media in the United States lit up with fearful reactions.

Many posts called for keeping the infected patients out of the country. 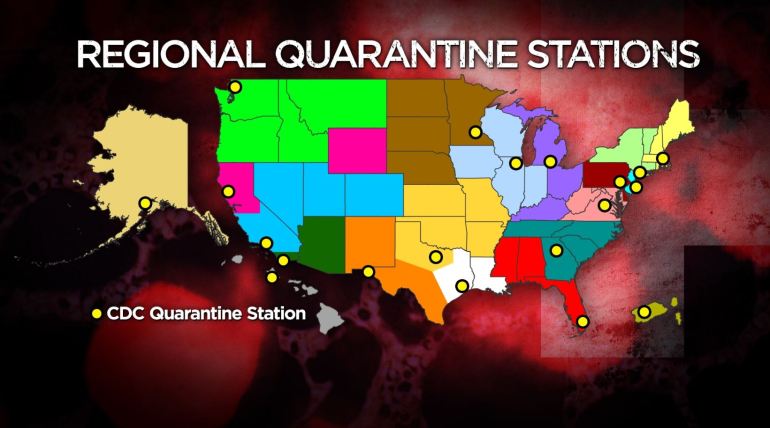 The medical charter flight that departed Cartersville on Thursday could bring Nancy Writebol or Dr. Kent Brantley back to a treatment facility around the corner from the Centers for Disease Control and Prevention in Atlanta.

Their conditions are worsening, says faith-based charity Samaritan’s Purse, which the two work with.

Their best chance to survive is to get back to the United States, says virologist Dr. Charles Chiu from the University of California San Francisco.

If the plane returns with them lying in the microbial containment system erected in its bay, it will be the first known time that someone infected with Ebola has crossed into the United States.

That news echoed back in a wave of concern ranging from worry to Hollywood “Outbreak” scenarios and conspiracy theories.

“As much as I respect the Samaritan’s Purse workers with Ebola, I really don’t want it anywhere near the US,” a user posted to Twitter under the hashtag #EbolaOutbreak.

“Atlanta is 6 hours away & I know at least 2 people there. How many degrees of separation are between you and #ebola?” another asked.

Articles and Facebook pages have popped up claiming to reveal secrets about Ebola readers are not supposed to know — to protect clandestine interests.

On the website of conspiracy talker Alex Jones, who has long purported that the CDC could unleash a pandemic, and the government would react by instituting authoritarian rule, the news has been a feast of fodder.

But the arrival of people infected with Ebola is virtually inevitable, with the proliferation of daily international air travel, many experts have said.

It takes a while for symptoms to break out, so an infected person can get onto a plane feeling fine then fall ill after landing.

It is conceivable that an infected passenger has landed the country before. There has already been one known close call.

American Patrick Sawyer died in Nigeria of Ebola before he could make it back to Minnesota.

He worked in Liberia and was in a plane to Lagos, when he became violently ill and was taken to a hospital.

If an infection were detected, Western healthcare professionals would quickly contain patients and quell the possible spread of the virus, which, though very deadly, is fortunately not very contagious.

Its rate of spread pales when compared to the flu — even though the current outbreak in Guinea, Liberia and Sierra Leone is the worst in recorded history, according to World Health Organization.

There have been more than 1,300 known cases, says Doctors Without Borders, since the outbreak began about five months ago. More than 700 people have died.

The virus has spread through some of the world’s most impoverished communities with no knowledge or means to fight or prevent it on their own.

By contrast, between 5% and 20% of Americans contract a flu every year, according to flu.gov. That works out to 15 – 62 million people, despite flu shots and widespread education on how to avoid it.

To contract Ebola, one has to come into direct contact with a sick patient’s bodily fluids: things like saliva, excrement, blood.

Ebola’s symptoms start out like those of many diseases, including common flus, with headaches, fever, nausea, diarrhea but progress to abdominal pain and bleeding.

“That’s usually the blood loss and the fluid loss results in organ failure, which is how most patients actually succumb to the disease,” Chiu said.

As inevitable as it is that some infected person will land within our borders, experts say it is equally unlikely that Writebol or Brantley would trigger an outbreak here, if they make it home.

The isolative pod aboard the Gulfstream jet is called an Aeromedical Biological Containment System and looks like a tent. It contains multiple layers of isolation to prevent the patient from coming into contact with anyone — including caregivers inside the pod.

Upon arrival in Atlanta, the patient would be transferred to a special isolation room at Emory University that is separate from patient areas.

At least one of the missionaries is to be brought to Emory, hospital officials told CNN’s Dr. Sanjay Gupta.

Brantly and Writebol came down with Ebola while working to save the lives of sick patients in Liberia.

There is no cure for it. But caregivers can nurse the ill in hopes they will survive, while the body’s immune system fights the disease. The treatment success rate in the current outbreak is around 45%.

Medical workers in Liberia, who are caring for the missionaries, gave Writebol an experimental serum this week. There was only one dose available, and her colleague, Dr. Brantly, insisted she receive it, Samaritan’s Purse said.

Brantly was given a blood from a patient whose life he had helped to save.

If time is merciful, the best possible treatment in the United States could save the life of one of the heroic aid workers.

The fight against Ebola

There is currently no vaccine available to prevent Ebola’s spread, but one is in the works.

The National Institutes of Health announced it will begin testing an experimental Ebola vaccine in people as early as September. Tests on primates have already been successful.

The NIH announcement came the same day as the CDC issued a Level 3 alert for Guinea, Liberia, and Sierra Leone, warning against any nonessential travel to the region.

As of now, the outbreak has been confined to West Africa, but it is getting worse there. Although infections are dropping off in Guinea, they are on the rise in Liberia and Sierra Leone.

As infection accelerates, some aid groups are pulling out to protect their own.

Dr. Thomas Frieden, director of the CDC, said that even in a best-case scenario, it could take three to six months to stem the epidemic in West Africa.

Will this be the summer of student debt cancellation?

Impacts fireworks can have on veterans this July …

Sherman is our Pet of the Week!

Man grazed in the head in drive-by shooting in Winston-Salem, …

Will this be the summer of student debt cancellation?

City of Orlando apologizes for Fourth of July message …

These ‘desirable’ US counties are still affordable

Greensboro fireworks: Everything you need to know

How fireworks can impact your veteran neighbors