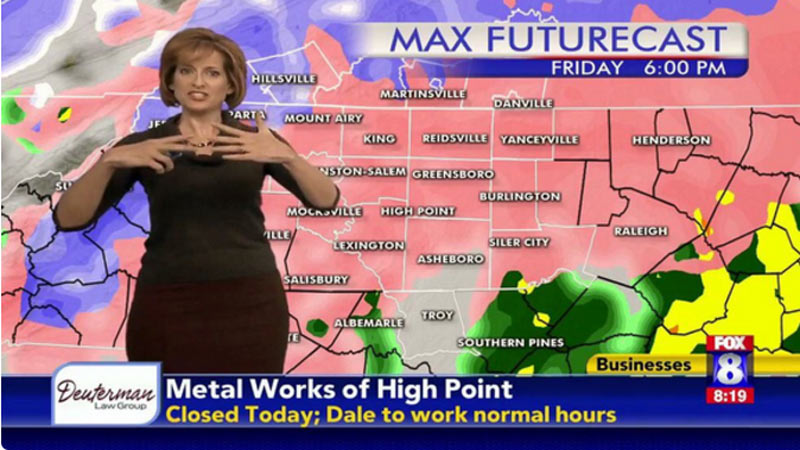 HIGH POINT, N.C. — A lot of folks across the South are enjoying a snow day. But not Dale — or so it seemed.

On Friday, a closing notice was aired on FOX8 that Metal Works of High Point would be closed today, but Dale would be working.

Metal Works of High Point said it was all a joke and that Dale did not work on Friday.

Metal Works continued with the joke, teasing on Twitter that a decision would be made on Dale’s status for Saturday.

Metal Works tells FOX8 Dale actually will not be working on Saturday.