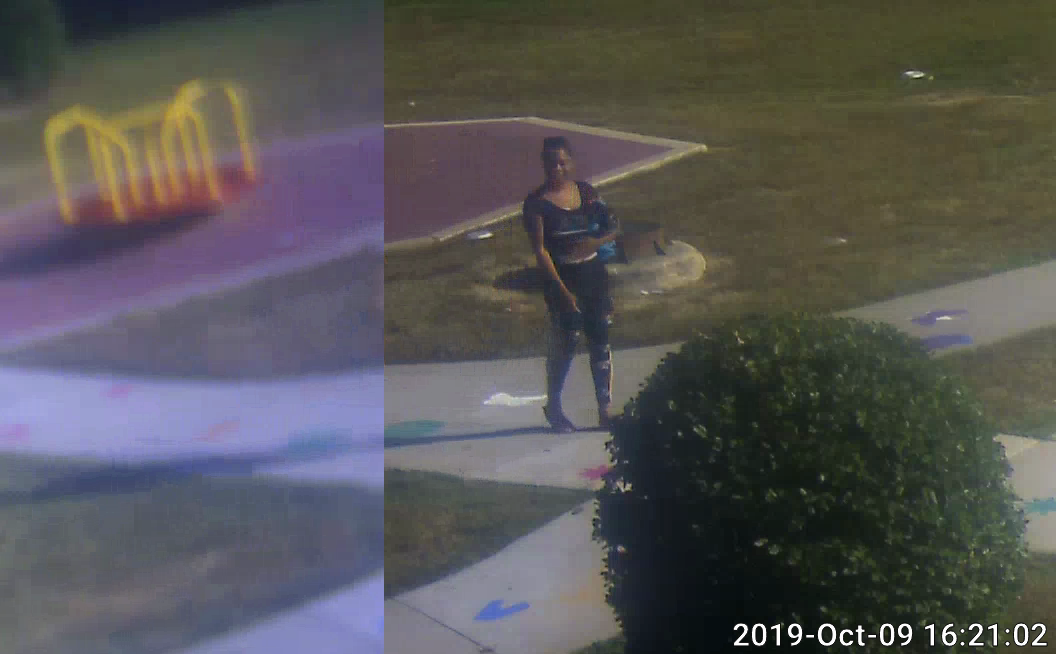 GREENSBORO, N.C. — Greensboro police are asking for the public’s help finding a woman who may be able to help answer questions as the search for an abducted 3-year-old child continues, according to a news release.

Ahlora Ashanti Sample Lindiment was reported abducted at 6:33 p.m. Wednesday from 2411 Phillips Ave., near Claremont Homes Apartments, and an Amber Alert was issued.

The photo was taken from surveillance video near the scene where Lindiment was abducted.

The Federal Bureau of Investigation is helping Greensboro police and the Guilford County Sheriff’s Office in the investigation.

FOX8 spoke with the girl’s mother, Erica Lindiment. She says she will do anything to find her and thanks everyone helping to search for her daughter.

Wallace said the girl lives with her father, but her uncle was watching her while her dad was out of town Wednesday.

Police said Ahlora is approximately 2 feet tall and weighs approximately 40 pounds. She was last seen wearing a short-sleeved pink T-shirt, black jeans and possibly white sandals. Family says she has a distinctive walk and is small for her age.

The child was abducted by a black woman in her 20s who is 5 feet 6 inches tall and approximately 135 pounds, with her hair in a short ponytail, the release said. The woman was wearing a black short-sleeved crop top and black pants with tiger print faces on them, dark-colored flip flops and a gold chain.

Anyone who has seen Ahlora or the woman suspected of abducting her is asked to call Greensboro police at (336) 373-2287.

MICHOACAN, Mexico – A 12-year-old boy left his puppy outside a shelter with a stuffed animal and a touching note: He wanted to spare him the wrath of his abusive father.

The boy, who identified himself as Andrés, left the pit bull puppy at a shelter in the Mexican state of Michoacán on February 13. A dog rescue group shared his story on its Facebook page.

VISALIA, Calif. (KSEE/KGPE) – Two 13-year-olds accused of starting a deadly fire at a library in Northern California have been charged with murder with special circumstances, according to the Tulare County District Attorney’s Office.

HEMET, Calif. (KTLA) – Authorities have identified a couple who are suspected of killing three women in a Southern California home earlier this week over a possible rental dispute.

Jordan Guzman, 20, who lived in the Hemet home with the victims, and her 18-year-old boyfriend, Anthony McCloud, were arrested in Las Vegas and are expected to be extradited back to Riverside County.