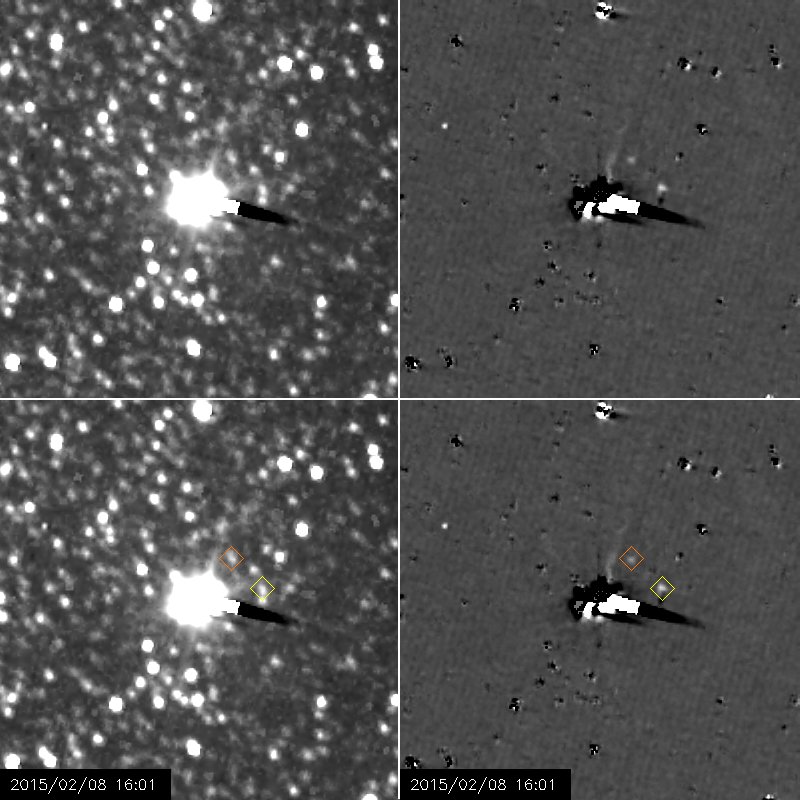 Two white specks appearing next to Pluto in the blackness of space may look like faint blips on a screen. Don’t be fooled.

The fuzzy images of moons that NASA New Horizons spacecraft are sending back to Earth are a slim crack in a door opening on a vast territory humankind has not seen clearly before.

And the door will slowly swing open week by week.

Traveling at 1,000,000 miles per day, one of the fastest space vehicles ever made is extending human sight to Pluto and beyond to spy out details the Hubble Space Telescope hasn’t been able to see.

Even at that speed, it took more than nine years to get this close. New Horizons launched in January 2006.

The snaps published this week of Nix and Hydra — as moons go, both runts the size of large asteroids — are only a prelude. Starting in April, for the first time ever, we will begin raising the curtain on Pluto’s surface in ever increasing detail.

Expect surprises. NASA has likened it to the myths dispelled, when the Mariner 4 spacecraft sent back first images of the surface of Mars in 1965.

Until then, many scientists thought they’d see water and vegetation on our neighbor. Mariner 4 hit them instead with a vast rocky desert.

New Horizons, built and operated by John Hopkins University, will make its closest pass in July. Eye popping images will come. The on-board camera is powerful enough to recognize objects the size of buildings on Pluto’s surface.

What we will see is such a mystery that NASA doesn’t speculate much on it. Perhaps the surface will have ice geysers. New Horizons took images of similar spouts as it passed by Jupiter.

Maybe Pluto has rings like Saturn, Uranus and Neptune. Multiple other instruments will inspect Pluto’s atmosphere.

By approaching Pluto, which NASA classifies as a dwarf planet, New Horizons will also reach a new region of our solar system, which astronomers divide into classes of planet make-up.

Earth and its neighbors are rocky, earthy planets. Jupiter, Saturn, Uranus and Neptune are gas planets.

Pluto and its partner Charon, called by some its moon, are covered in ice.

It is known for producing comets, such as Halley’s Comet, which orbits the sun about every 75 years.

New Horizon could get quiet after passing Pluto, but if NASA approves, in two years, the spacecraft will go to an additional object or two in that belt.

College Board scraps plans for students to take SAT at home

Krispy Kreme is giving the U.S. a reason to look forward to every day this week.

GUILFORD COUNTY, N.C. -- North Carolina peaches are ripe and ready to enjoy all summer long. We stopped by the Piedmont Triad Farmer's Market with GTCC Culinary Instructor Al Romano for this Recipe Wednesday. He showed us some easy and delicious dishes featuring peaches. Enjoy!

OKLAHOMA CITY — Video of an Oklahoma detention officer who quit when he wasn't allowed to take a knee with protesters has gone viral on social media.

"Take my badge, and I won't come back,” said the unidentified officer.

Alabama man walking 1,000 miles to Minnesota, wants others to join him

President Trump’s nomination acceptance celebration won’t happen in Charlotte, but the RNC might

President Trump’s nomination acceptance celebration won’t happen in Charlotte, but the RNC might

Vehicle crashes off bridge onto Josephine Boyd Street in Greensboro