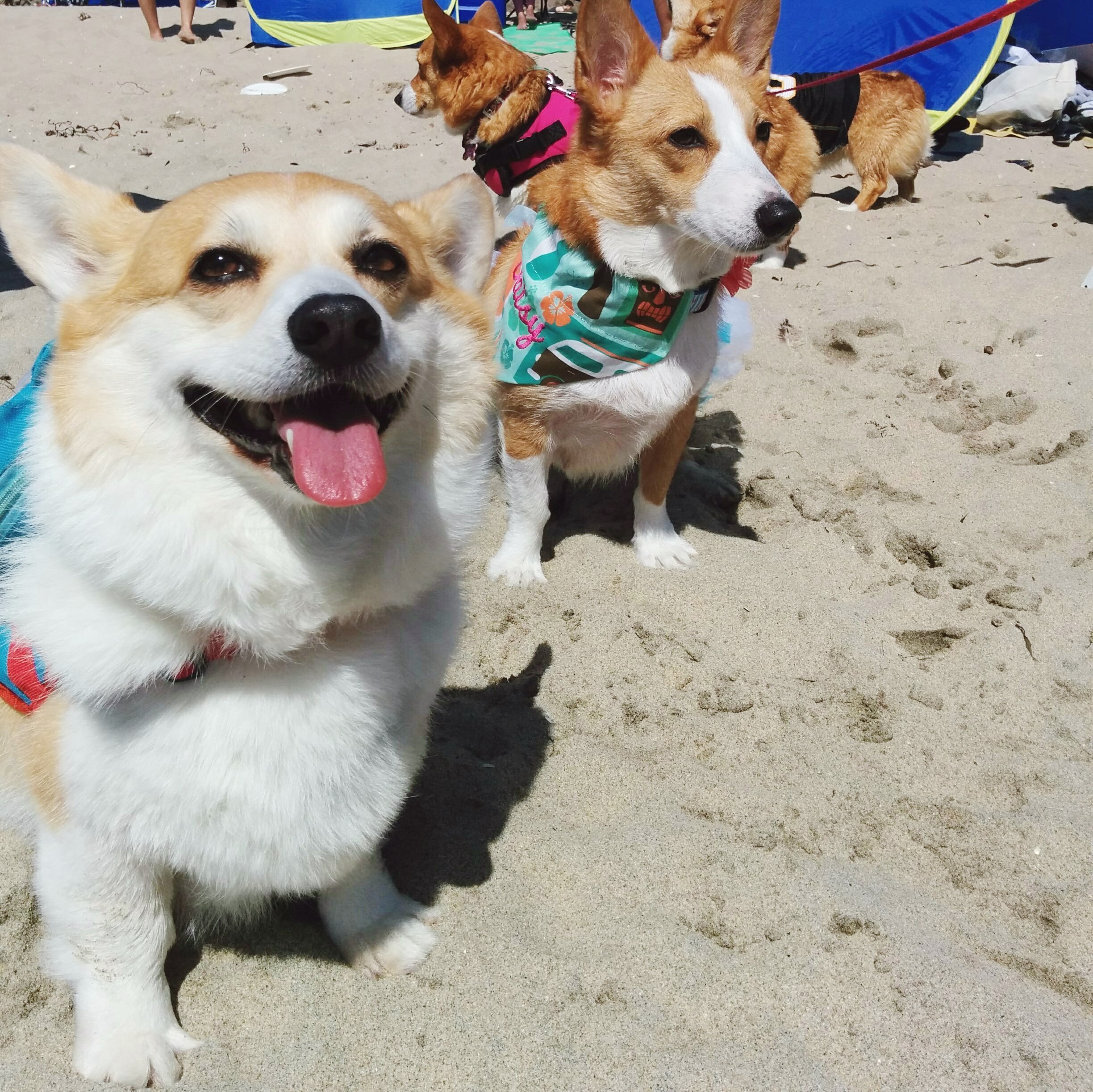 HUNTINGTON BEACH, Calif. — A California beach was invaded over the weekend by a terrifyingly cute horde of waddling corgis.

Around 500 of the fluffy, stubby pooches scampered onto Huntington Beach for the annual So Cal Corgi Beach Day, immediately melting the hearts of all humans there.

Onlookers estimated the corgis were spread over nearly a mile of the coastline.

Many came in style. The one on the left is Sneakers the Corgi, who has over 8,000 followers on Instagram.

Corgis came from all over the country for the party — some tried out a first dip in the waves.

Others couldn’t resist frolicking in the sand.

All of them made new friends.

It was a good day.

Just a baby corgi, rolling in the water #SoCalCorgiBeachDay pic.twitter.com/gsUjbbhMmw

If there's one thing #corgis know how to do, it's break the Internet. Still recovering from #SoCalCorgiBeachDay pic.twitter.com/0q04802PNr

‘First thing that came to mind was my kids’: NC dad plans to use $1 million prize for children’s education

19-year-old in hospital after stolen SUV crash in Burlington will be charged with hit-and-run, driving while impaired

What’s the most-searched conspiracy theory in your state?

From "Lizard People" to the "New World Order," nine different conspiracy theories are scattered across the country.

‘That’s a lot of jaws’: Study finds 2.5 billion T. rex roamed Earth, but not all at once

One Tyrannosaurus rex seems scary enough. Now picture 2.5 billion of them. That’s how many of the fierce dinosaur king probably roamed Earth over the course of a couple million years, a new study finds.

Using calculations based on body size, sexual maturity and the creatures' energy needs, a team at the University of California, Berkeley figured out just how many T. rex lived over 127,000 generations, according to a study in Thursday’s journal Science. It’s a first-of-its-kind number, but just an estimate with a margin of error that is the size of a T. rex.

Can you travel with kids if you’re fully vaccinated?

‘A pillar and stalwart’: Charlotte resident and oldest living American dies at 116

Suspects ID’d in shooting several blocks away from Winthrop University

Working remotely? It’s time to rethink what is ‘home’ and what is ‘travel’

Texas family loses land to US government for border wall

Coronavirus in North Carolina: Hospitalizations hit highest number since mid-March; Here’s a county-by-county breakdown of cases in the Piedmont Triad