LOUISA COUNTY, Va. — It’s been about one week since a 14-year-old girl went missing, and the Federal Bureau of Investigation has released a few new details in an updated Amber Alert.

The FBI reports 14-year-old Isabel Shae Hicks was last seen at her home in Bumpass, Virginia, early on the morning of Oct. 21.

“She is believed to be an endangered missing juvenile in the company of Bruce William Lynch, Jr., also of Bumpass,” the FBI said in a report. 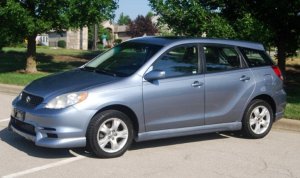 They may be traveling in a light blue, almost silver-colored 2003 Toyota Matrix. The FBI now knows the handle is missing from the rear passenger-side door.

Investigators say he could be using any one of three Virginia license plates:

“Lynch, Jr. may be considered armed and potentially dangerous,” the FBI said.

The National Center for Missing and Exploited Children reported suspected abductor 33-year-old Lynch Jr. “is believed to be armed with a 9mm and had recent suicidal ideations.”

Isabel is described as white girl standing 4 feet, 11 inches tall and weighing 120 pounds. She has long straight hair and a birthmark on the inside of her right leg, and both of her ears are pierced.

Lynch Jr. is described as a white man standing 5 feet, 10 inches tall and weighing about 195 pounds. He has brown hair, brown eyes and a beard.

They may be traveling out of state and staying in wooded areas where they could camp, the alert said.

WINSTON-SALEM, N.C. -- From hoops to hope. A Winston-Salem high school basketball team is pushing through adversity to find their place on the court.

For the basketball players at Carver High School the sport is more than just a game.

WASHINGTON (AP) — President-elect Joe Biden plans to unveil a sweeping immigration bill on Day One of his administration, hoping to provide an eight-year path to citizenship for an estimated 11 million people living in the U.S. without legal status, a massive reversal from the Trump administration's harsh immigration policies.

The legislation puts Biden on track to deliver on a major campaign promise important to Latino voters and other immigrant communities after four years of President Donald Trump's restrictive policies and mass deportations. It provides one of the fastest pathways to citizenship for those living without legal status of any measure in recent years, but it fails to include the traditional trade-off of enhanced border security favored by many Republicans, making passage in a narrowly divided Congress in doubt.

WASHINGTON (NewsNation Now) — In the time remaining in his tumultuous presidency, there are clear signs Donald Trump intends to continue his untraditional ways before he shuts the door and flies south to Florida for life as a private citizen.

As he prepares to leave office President Trump is declining to take a number of historically traditional steps that could help to legitimize his successor’s presidency and he has made clear he has no intention of changing his mind.

Project 2021, part 2: Forsyth County couple counting their blessings after all the hardships 2020 brought

‘It has been the greatest honor:’ first lady Melania Trump releases farewell message