VALDESE, N.C. — A Navy veteran died and two women were injured Saturday in a house fire in Valdese, authorities said, according to WSOC. 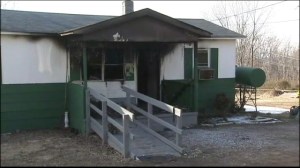 Carl Peterson, a Vietnam veteran, died. His wife and sister-in-law were airlifted to hospitals in Spartanburg and Winston-Salem.

Authorities are still investigating what caused the fire. Officials said the house was still on fire when firefighters arrived. They reportedly cut into a bedroom window to pull out one of the victims.

“I got up this morning and I saw the flames. God, it was so surreal,” said Rodney Berry, Carl Peterson’s cousin. “He was just a great man, served in the military. He did his thing and he did it unconditionally.”

Budd at the polls

Good For Her: Sheroes Gardening in Greensboro

Congress dives into UFOs; no signs of extraterrestrials

Legion is our Pet of the Week!

What Triad organizations are trying to dismantle …

Winners and losers from Tuesday’s primaries

Vaughan, Outling to square off for Greensboro mayor

HP teen charged with having gun at school

Student hit by car in Winston-Salem

Vaughan, Outling to square off for Greensboro mayor

Budd, Beasley win primaries for US Senate in NC

What Triad organizations are trying to dismantle …