GREENSBORO, N.C. — Greensboro police have released the identity of a victim in a fatal Thursday morning hit-and-run. 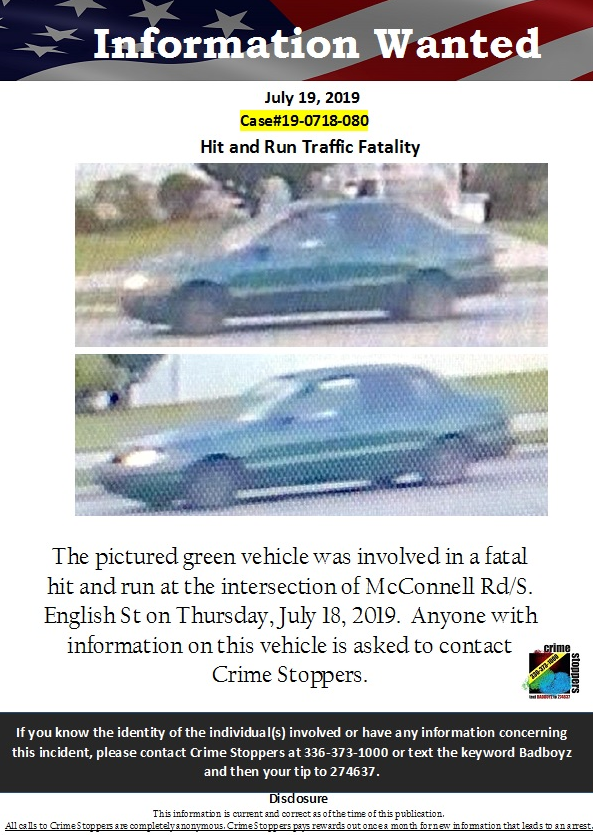 Joseph Danny Brown, 43, of Julian, was on a motorcycle headed north on South English Street.

Brown was thrown from the motorcycle and critically injured. He was taken to Moses Cone Hospital where he was pronounced dead.

The driver of the sedan left the scene.

Police said there is significant damage to the passenger side of the car.

Anyone with information on this crash is asked to call Greensboro police.

41 million have lost jobs since virus hit, but layoffs slow

WASHINGTON (AP) — The U.S. economy shrank at an even faster pace than initially estimated in the first three months of this year with economists continuing to expect a far worse outcome in the current April-June quarter.

The Commerce Department reported Thursday that the gross domestic product, the broadest measure of economic health, fell at an annual rate of 5% in the first quarter, a bigger decline than the 4.8% drop first estimated a month ago.

The bill would grant bars permission to serve customers outside at 50% of the bar's indoor capacity. They would be expected to follow CDC social distancing guidelines.

41 million have lost jobs since virus hit, but layoffs slow

Coronavirus in North Carolina: Number of cases rises to 25,412; Record number of hospitalizations; Here’s a county-by-county breakdown of cases in the Piedmont Triad

Victim in police encounter had started new life in Minnesota