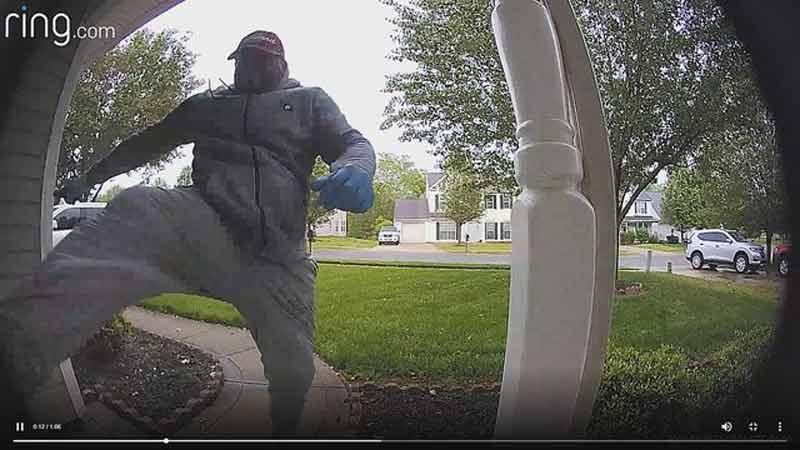 CHARLOTTE, N.C. – A mother said she and her two young children watched as someone tried to break down the front door of their northwest Charlotte home.

The mother, who didn’t want to be identified, told WSOC that it happened at about 3 p.m. Friday as buses were dropping kids off from school.

The video from her “Ring” surveillance camera shows a man wearing a gray jacket with both hands in his pockets walking up to her door. He appears to be wearing blue gloves as he reaches for the top of the door and kicks it twice before leaving.

The mother said her two daughters ages 2 and 4, were near the door putting on their shoes to leave when the man walked up.

“I was really scared for them – for me,” she said. “Not knowing what their intentions were, especially at first (because) I didn’t see a vehicle. He didn’t have a bag or anything to carry things out.”

Charlotte-Mecklenburg police reports show a similar incident happened in the same neighborhood about a week and a half ago. Police have not said if they believe the two crimes are connected.

1 in hospital after deputy-involved shooting in Randolph …

2 killed in crash with log truck in Surry County

Why travelers are getting a break on airfare right …

Saharan dust: Is it normal to see plumes this late?

Biden nominates WSpolice chief for US marshall in …

1 killed in fatal I-73 hit and run: troopers

Can you catch monkeypox from surfaces?

WS among 25 cheapest US cities to live in