A man wanted in connection with the disappearance of Alabama college student Aniah Blanchard has been arrested in Florida, authorities said Friday.

Ibraheem Yazeed, 30, was captured coming into Florida by US Marshals and the Escambia County Sheriff’s Office around midnight Friday, the sheriff’s office told CNN.

He has been booked into the Escambia County Jail, according to jail records. It’s not clear if Yazeed has an attorney.

Police in Auburn, Alabama, issued an arrest warrant Thursday for Yazeed on suspicion of kidnapping in the first degree, according to a police statement. Blanchard was last seen October 23 in Auburn and her damaged SUV was found in Montgomery.

“Analysis of evidence has determined that Yazeed was at the same location Blanchard was last seen and is involved in taking Aniah against her will,” the statement said Thursday. “He should be considered dangerous and potentially armed.”

Evidence in her car led police to believe the 19-year-old college student, who is the stepdaughter of UFC heavyweight Walt Harris, was harmed during the crime.

Her SUV had damage to the front right fender and scrapes on a passenger-side door. Police said the vehicle had no damage when it was last seen and asked anyone with information on Blanchard’s disappearance or on the damage to the SUV to contact them. 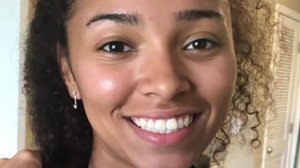 Yazeed was out on bond for charges of kidnapping and attempted murder from another jurisdiction, according to the statement.

The reward for helping to find Blanchard and any perpetrators involved in the case stands at more than $100,000.

“To help find Aniah, I’m contributing an additional $25,000 to Alabama Gov. Kay Ivey’s $5,000 reward for information leading to the arrest and conviction of the perpetrators involved in the disappearance of Aniah Blanchard,” he said in a video posted to Twitter.

GASTONIA, N.C. (WJZY) - A police captain dining at a Gastonia Olive Garden Thursday saved the life of a little girl who choked on her food, stopped breathing and turned blue, police said.

Gastonia Police Capt. Trent Conard was at the restaurant on his lunch break when he heard a woman scream, "She's not breathing, my baby's not breathing!"

Jasmine Brooks was located in Atlanta earlier this week, according to the Rowan County Sheriff's Office. She was found after a tip was received from a caller who had talked with Jasmine in Atlanta and then had checked the internet to determine that she was a missing person, deputies said.

These changes apply to all Wake Forest Baptist locations, with the exception of patients who have tested positive for COVID-19 or who are considered a patient under investigation (PUI).

Look up tonight to catch a glimpse of the Strawberry Moon

Man taken into custody after barricading himself inside Winston-Salem home

Burlington waiter plans to buy car of his dreams with $150,000 win