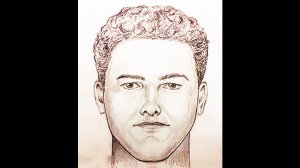 DELPHI, Ind. — In the two years since Libby German and Abby Williams were killed on a hiking trail, tipsters have given police 38,000 leads to help find the Indiana girls’ killer. But the assailant is still nowhere to be found. Now police are releasing a new sketch and additional video from a victim’s cell phone in hopes the case will finally be solved. Libby, 14, and Abby, 13, were reported missing on February 13, 2017, after they went hiking at Delphi Historic Trails in Indiana. When they didn’t show up at a designated meet-up time, an extensive search ensued. Their bodies were found the next day in a wooded area near the trails, about a half mile upstream from where they had been dropped off. On Monday, Indiana State Police Superintendent Doug Carter said he believes the suspect lives in, works in or frequents the Delphi area. “We believe you are hiding in plain sight,” Carter said at a news conference. “For two years, you thought we would never shift to another investigative strategy. But we have.” The killings devastated the Delphi community, which rallied to try to find the killer. Authorities originally released a grainy photo of a suspect, which shows a man wearing blue jeans, a blue coat and a hoodie. At that time, officials also released audio of a male voice saying the words “down the hill,” hoping someone might identify the suspect’s voice. The voice recording was taken from a video found on Libby’s cell phone, police said. Indiana State Police spokesman Capt. Dave Bursten has praised Libby as a hero for having the presence of mind to turn on her video camera. But the tragedy has been grueling for the girls’ families. Kelsi German, Libby’s sister, remembered Libby as a fun, outgoing person who loved playing sports and was interested in photography. She said she last saw Libby and Abby when she dropped them off on the hiking trails two years ago. “They got out of my car. I made sure they both had sweatshirts and told them goodbye. I told Libby I loved her,” German told HLN in February. “They walked out, and that was the last time I saw them.”
40.587537-86.675006

MATTHEWS, N.C. (FOX 46) -- A restaurant in Stallings, N.C. had to shut down early on Friday afternoon after a car accidentally crashed into the dining room.

Around 4:40 p.m., a driver who was parking ran into the Steak n' Hoagie restaurant on 4390 Porter Road. Store owner Pete Pappas sent Fox 46 surveillance video of the accident taking place.

Finding the motivation to work out isn't always easy, but what if gift cards, charity donations, and even cold hard cash were on the line? Here are some apps that will pay you to get into shape!

Hero Trainer is focused on gamers - and specially, taking a break from gameplay to move!

DEATH VALLEY NATIONAL PARK, Calif. (AP) — An Arizona tourist has died and his wife has been rescued after their vehicle got two flat tires and they went missing in Death Valley National Park in California.

VIDEO: One dead, at least 7 injured in overnight storm that ripped through Louisiana