GUILFORD COUNTY, N.C. -- A mother is sharing her story after her 7-year-old daughter died in a crash in Guilford County over the weekend.

“My wrists are broken. I’m in casts,” Shea Requejo-Croft said from her hospital bed Monday afternoon. She held up two tightly wrapped casts that go up to the elbow.

Her leg is also wrapped up after having being set by doctors Saturday afternoon.

She hasn’t moved much from the bed since she got there, only to be taken in and out of surgery.

“I have to go into another surgery tomorrow, and then I’ll have to go through physical therapy,” Shea said.

While painful, it doesn’t compare to the heartache she and her family feel with the loss of 7-year old Juliana. 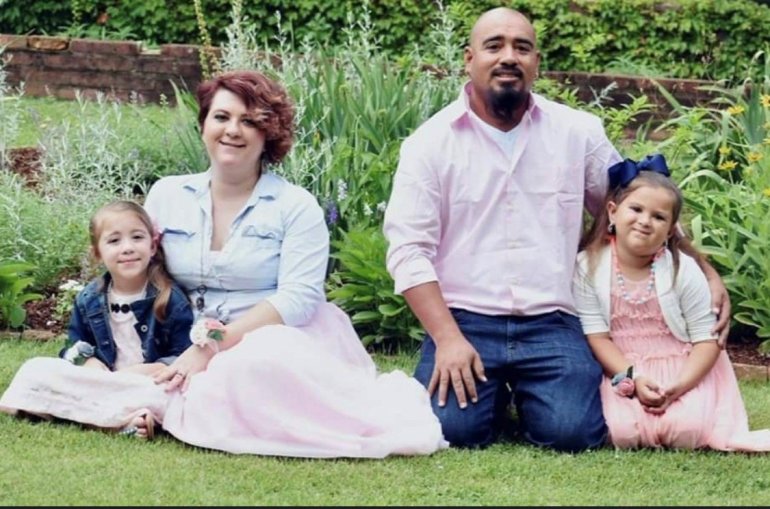 Saturday afternoon Shea, her husband, Luis Requejo, their 9-year old daughter and 7-year old daughter Juliana left their house to make a run to the store. They were going to pick up feed for their family farm.

As they traveled north on Harlow Drive, a person driving in the opposite direction lost control of his vehicle.

With no chance for either vehicle to stop, they crashed in a manner that troopers described as being “violent.”

The cars meshed together with much of the truck pushed into the front of the Requejo’s vehicle.

People from the homes in the area rushed to rescue the people involved.

Danny Wilson was one of those people.

He described how he could hear Shea and her husband yelling in the car. He and others had to cut their way into the car where he pulled Juliana from her car seat.

“I just want to tell them thank you so, so much for trying,” Shea said. “I really do. For not being scared and just going up there and trying to do everything they could and comforting my other daughter.”

It took around two hours for Shea and her husband Luis to be cut from the car.

Her oldest daughter escaped with only bruises.

They were homeschooled and were around each other all the time.

“One of my favorite things about her is she would always use these really big words that you wouldn’t expect a little girl to know...She loved to bake. She would always talk about when she grew up she wanted to own a bakeshop," Shea said.

Her lessons included learning patience and being able to slow down.

Juliana was a miracle child for Shea and her husband.

“The doctors told me at a very young age that I couldn’t have kids," Shea said.

She’s now hoping that her little miracle can be a big miracle to other families in the form of being an organ donor.

“I’m glad that I’m able to do this," Shea said. "If I can save any parent the agony of what I’m going through, then I would.”

A GoFundMe page has been set up to help Juliana’s family and share more of her story.

Charges are still pending in this case.

Daytona 500 postponed until 4 p.m. Monday due to rain

GREENSBORO, N.C. — Police say a person died after he was shot in Greensboro, according to Greensboro police.

At 6:30 a.m. Sunday, Kernersville police called in Greensboro officers to help with a homicide investigation.

OLYMPIA, Wash. (KCPQ) -- A day after deputies arrested a 38-year-old woman and her 16-year-old daughter over allegations of drugging a woman and plotting to steal her baby, another woman says the suspects took pictures of her children, too.

The suspects, from Spanaway, Washington, offered free photography services to new moms and pregnant women as a ruse to find a baby, investigators say.

RICHMOND, Va. — Virginia Gov. Ralph Northam's push to ban the sale of assault weapons failed on Monday after some of his fellow Democrats balked at the proposal.

Senators voted to shelve the bill for the year and ask the state crime commission to study the issue, an outcome that drew cheers from a committee room packed with gun advocates.

2 homes collapse into river during landslide