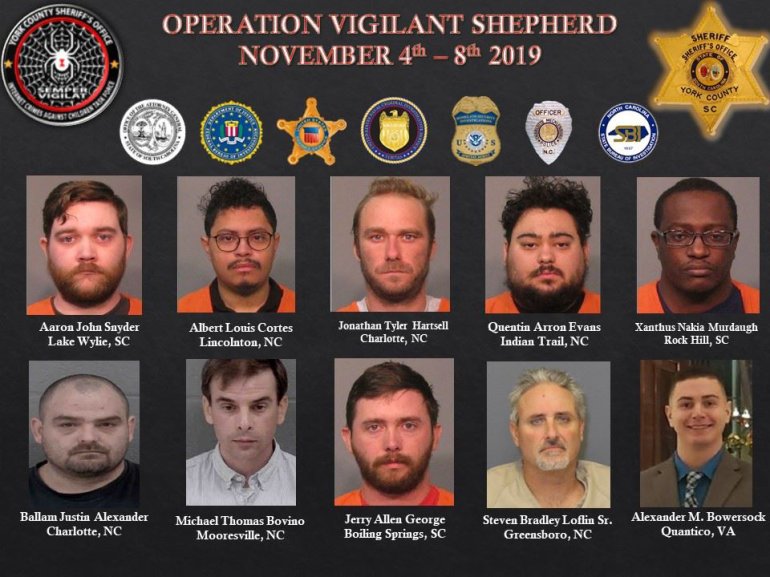 YORK COUNTY, S.C. — A Greensboro man has been arrested as part of an operation targeting child predators, according to a news release from the York County Sheriff’s Office.

“Taking these type of people off the streets is one of the greatest things law enforcement can do for our community. We want our communities safe, we want our internet safe,” York County Sheriff Kevin Tolson said.

Additional suspects are still being identified. Once they are positively identified and located, they will be arrested. The investigation is ongoing.

BAY MINETTE, Ala. (WKRG) – Touching video shows a husband singing to his wife through the window of an assisted living facility after she tested positive for coronavirus.

Jerry Perkins and his wife Louise have been together for nearly 65 years.

MADISON, N.C. -- When Daniel Joyce moved back to his hometown of Madison, he “put all of his eggs” into starting The Mad Bean. A coffee shop that added a deli, and upstairs venue and bar area, it wasn’t immune to the threat of COVID-19.

Now, he’s turning his focus to putting eggs in other peoples’ baskets.

Carnival says it still has 6,000 passengers on ships, some will not disembark until late April