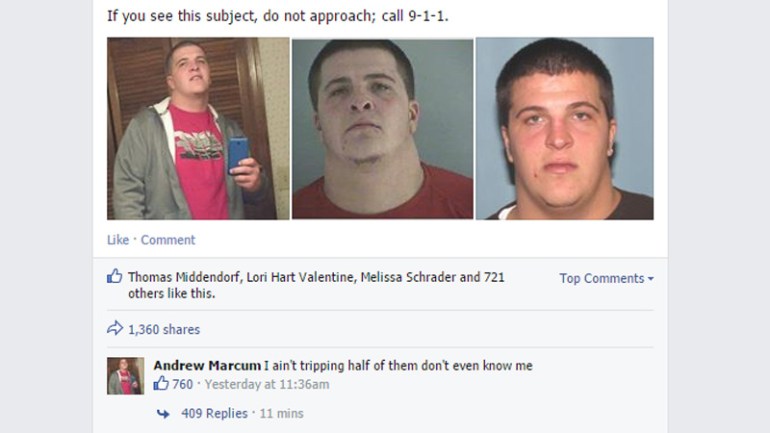 HAMILTON, Ohio — A sheriff’s office sent out a warrant on Facebook for a wanted fugitive on Monday.

The Butler County Sheriff’s Office posted the “warrant of the week” for 21-year-old Andrew Dale Marcum on Monday morning.

“I ain’t tripping half of them don’t even know me,” Marcum wrote on Monday afternoon.

As of Tuesday afternoon, Marcum’s comment has more than 700 likes and 400 replies.

NEWARK, N.J. -- A New Jersey teen took a skill he learned to help him improve his motor skills and turned it into a business to help animals find their forever home, WCBS reports.

Darius Brown has a passion for animals.

Quaden Bayles, a 9-year-old Australian boy who won the support of well-wishers around the world after being bullied for his dwarfism, has led out a rugby league team in front of thousands of cheering fans.

Bayles walked out with the National Rugby League's Indigenous All Stars team ahead of an exhibition match against the New Zealand Maoris on Saturday.

OCALA NATIONAL FOREST, Fla. -- A hiker in Florida found and took pictures of a rare rainbow snake, which is a species that experts say hasn't been seen in the area for more than 50 years.