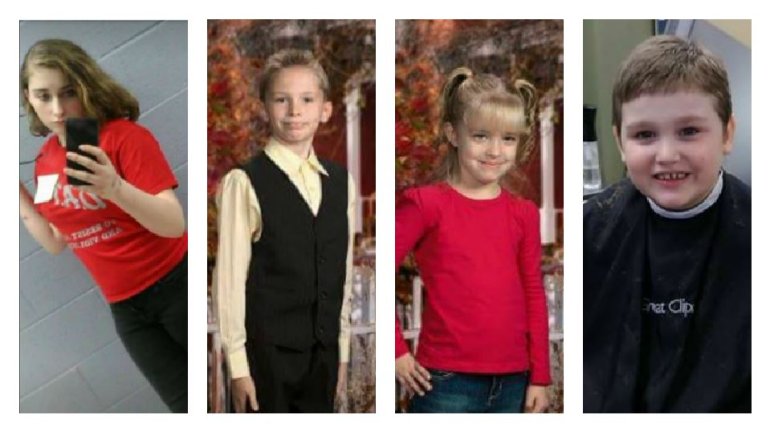 LIMA, Ohio — Four abducted and endangered children may be on the way to Florida from Ohio, according police in Lima, Ohio.

The children range in ages from 8 years old to 13 years old.

On Tuesday, police issued a statement through Facebook advising residents of all states between Ohio and Florida to be on the lookout. That includes Kentucky, West Virginia, Virginia, Tennessee, North Carolina, South Carolina, Alabama and Georgia.

Police report the children were taken by their mother Marianna L. Merritt who does not have custodial rights of the children.

Merritt may be joined by her boyfriend Charles Perkins who police say was abusive towards the children.

There are active warrants for Perkins, and he may be armed and dangerous.

Officials advise they could be in a dark blue 2000 Chrysler Voyager with a white passenger door. The vehicle has Ohio plates reading FMQ3175.

Merritt, the mother, is a 40-year-old white woman with red hair and green eyes, standing at 5’5″ and weighing about 210 pounds.

Perkins, Merritt’s boyfriend, is a 39-year-old white man with brown hair and brown eyes, standing at 5’5″ and weighing 164 pounds.

The four children are described as follows.

Fields most likely to see layoffs + how to save your …

Fields most likely to see layoffs + how to save your …