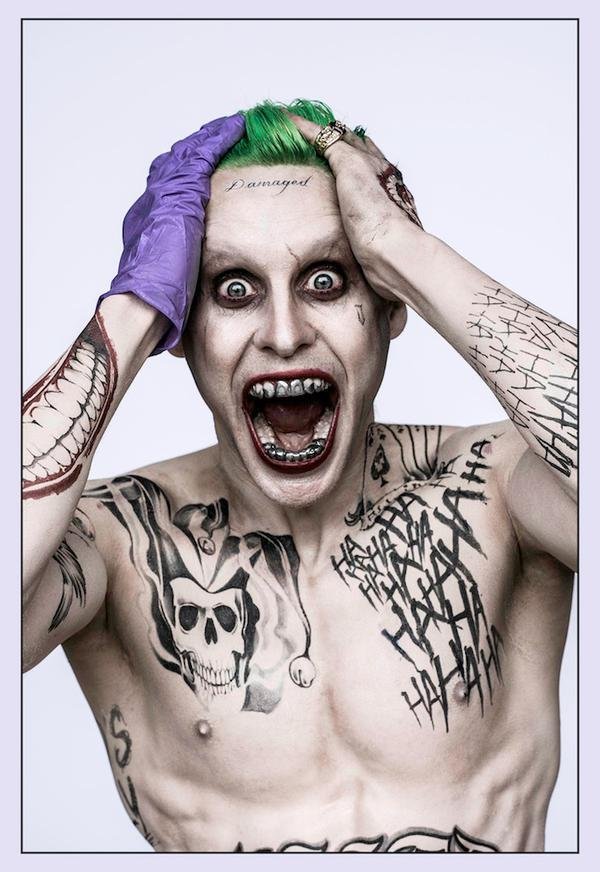 LOS ANGELES — You can call him… Joker.

We’ve seen a few teases so far, but on Friday night, director David Ayer gave us the first full look at Jared Leto as the Joker.

The Clown Prince of Crime will appear in 2016’s “Suicide Squad,” the first movie featuring the best-known comic book villain, where (as far as we know anyway), there is no Batman present.

The Oscar winner cut his hair and shaved his face for the role, and appears to have embraced it fully. He will be the first actor to play the character on the big screen since the late Heath Ledger.

“Suicide Squad” also stars Will Smith, Margot Robbie and a large cast of villains and anti-heroes.

Warner Bros. Pictures and DC Entertainment — makers of “Suicide Squad” — are owned by Time Warner, as is CNN.

RALEIGH, N.C. (AP) — Margaret Maron, a prolific North Carolina-based mystery writer whose book series won her major awards and plaudits in the genre, has died at age 82, a family member said on Sunday.

Maron died on Tuesday at a hospice center in Raleigh from stroke-related complications, according to her son, John Maron.

The fire began early Sunday in a home along a west Charlotte street near the intersection of Interstates 85 and 485.

STOKES COUNTY, N.C. -- A male was taken to the hospital in serious condition after a fall at Hanging Rock on Sunday, according to Stokes County EMS.

The male patient fell around 11 to 40 feet near the lower cascades after losing his balance.

Real estate: What $500K gets you in Tampa vs. Cleveland

What happens when a plumber leaves the sprinkler on for the coldest two weeks of the winter? He calls it art

‘This is really a family treasure’: NC WWII hero’s medals tossed in dumpster, returned to family

Retired NC marine plans to use $500,000 Powerball win to help others

Why you should stop waiting to sell your home

‘This is really a family treasure’: NC WWII hero’s medals tossed in dumpster, returned to family

Retired NC marine plans to use $500,000 Powerball win to help others