MCDONOUGH, Ga. — A family is outraged after a 12-year-old boy got suspended for paying for his school lunch with a bill that turned out to be counterfeit, WSB-TV reports.

The boy’s father Earvin Philon, who is a retired veterinarian, and 12-year-old Christian Philon, who is reportedly a straight-A honor student, said they had no idea the bill was counterfeit and that the suspension is unfair.

Christian was in the lunchroom at Austin Road Middle School on Jan. 10 when he handed the bill to a cashier.

Using a marker, the cashier determined the bill was a fake. 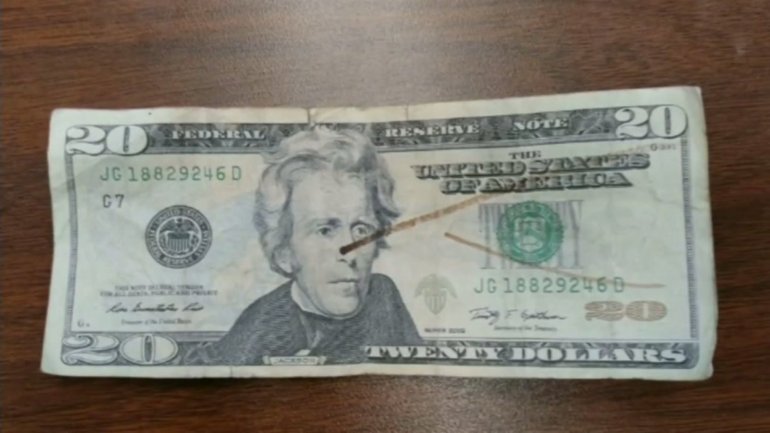 The family said the boy was punished with 10 days of in-school suspension but argue that neither he nor his family had any idea the $20 was a counterfeit.

The boy’s father said he got the bill as change at a fast food restaurant. He had no idea it was a fake when he passed it on to his son.

The father reported the bill as a fake after the incident. Nevertheless, a school disciplinary committee maintained the boy’s punishment.

“The whole process has been unfair,” Christian said.

The family told WSB-TV they intend to fight the school’s decision.

WINSTON-SALEM, N.C. -- A man was injured in a shooting in Winston-Salem on Tuesday night, according to a news release from Winston-Salem police.

Officers received a report of gunshots in the area of Barbara Jane Avenue and Chandler Street.

Not many know what it’s like to be away from home for long periods of time quite like U.S. Navy Captain Marc Ratkus.

He has 10 years of “sea experience” aboard five ships, two aircraft carriers, and two cruisers. He’s also been deployed to Afghanistan and Bahrain. Cumulatively, he estimates he’s been away from his family for about 14 years.

Top tweets from the #NCSenateDebate

Mix of sun and clouds Precip: 0%

Coronavirus in North Carolina: Number of cases passes 195,000; Here’s a county-by-county breakdown of cases in the Piedmont Triad