Just hours after making landfall on Cape Hatteras, the eye of Hurricane Dorian is off the North Carolina coast and headed into the Atlantic Ocean.

Before 9 a.m. Friday, the Category 1 storm passed over Cape Hatteras with maximum sustained winds of 90 mph.

At 11 a.m. Friday, the National Hurricane Center reported the eye of Hurricane Dorian was moving over the Atlantic east of the North Carolina coast.

By 1 p.m, the hurricane was about 95 miles east-northeast from Cape Hatteras and moving northeast at 17 mph.

The center of Hurricane Dorian made landfall at 835 AM EDT over Cape Hatteras, NC. Maximum sustained winds were near 90 mph (150 km/h) with a minimum central pressure of 956 mb. pic.twitter.com/FF20IkZCOt

The stretch of North Carolina coast from Bogue Inlet to the North Carolina-Virginia border remains under a Hurricane Warning, as well as Albemarle and Pamlico Sounds.

"Continue to shelter in a safe place," North Carolina Gov. Roy Cooper said to those in the area of Hurricane Dorian in a Friday news conference.

The governor said people may be stranded on Ocracoke Island, possibly in the "hundreds."

Cooper lifted the evacuation orders for the barrier islands on the southeastern side of the state.

Drivers are reminded to never drive through water. More than 70 roads are impassable due to hurricane debris and damage, Cooper said.

"We will be ready and we will not underestimate the damage this storm can cause," North Carolina Governor Roy Cooper said in a Wednesday news conference. 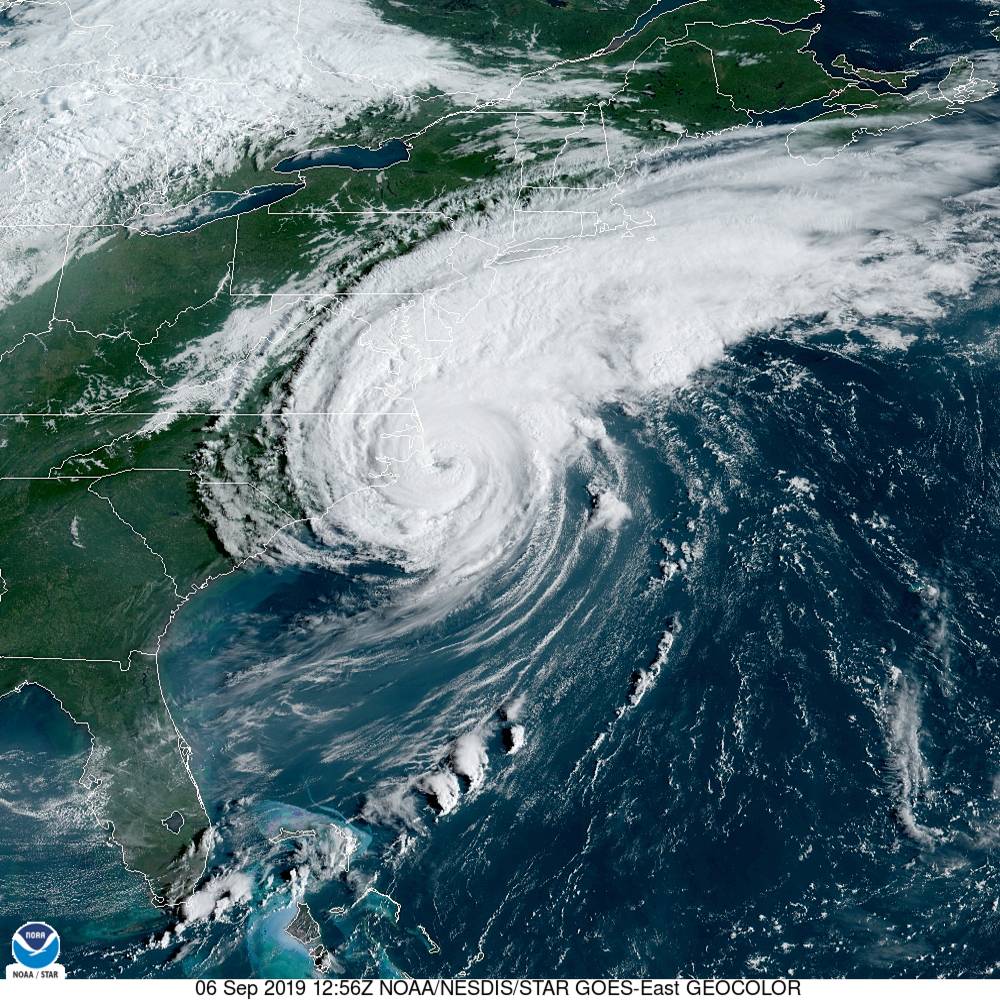 "Dorian should remain a powerful hurricane as it moves near or along the coast of North Carolina during the next several hours," the NHC reports. "Dorian is forecast to become a post-tropical cyclone with hurricane-force winds by Saturday night as it approaches Nova Scotia."

No serious injuries connected to recent North Carolina tornadoes were reported as of 10 a.m. Friday.

EL PASO, Texas (Border Report) -- Schools are closed and children are spending more time than ever connected to the internet on laptops, tablets and mobile devices.

But so are adults who may be prowling the worldwide web with the intent of exploiting these children, federal investigators say.

Some doctors moving away from ventilators for virus patients

Beyond the symptoms, doctor breaks down what COVID-19 does to the body

Windy with a mix of sun and clouds Precip: 30%

US coronavirus cases top 402,000, with more than 13,000 deaths. But future projections are better than expected