VERO BEACH, Fla. — Some 911 calls stay with first responders the rest of their lives. For Deputies Linda Nolan and Robert Sunkel, a three-vehicle collision in late March is that call.

The two Indian River County Sheriff’s Office deputies were each on patrol when their police radios lit up.

There was a crash, with injuries. One of the cars was on fire, and someone was inside.

“There’s somebody in that car!” yelled a Good Samaritan as Sunkel pulled up to the fiery scene just west of Vero Beach.

Dash-cam video shows Sunkel as he shatters the passenger’s side window of Cheryl Coons’ car with his police baton. The 58-year-old woman was severely hurt, burned and stuck in the driver’s seat.

“I’m not going to watch this woman die in the car,” Sunkel told CNN.

Despite several desperate attempts, Sunkel was unable to free Coons. The woman was pinned in the vehicle, behind the steering wheel.

As hope dwindled, Nolan arrived to help her fellow deputy. The two combined their strength to pull the woman to safety.

“We got her out of the car and immediately got away,” remembers Nolan. “Within seconds, the car was completely engulfed.”

A little more time with loved ones

Nearly three weeks after the crash, Nolan and Sunkel’s hearts sank. The two deputies received word that Coons, the woman they fought so hard to rescue, succumbed to her injuries.

The death was particularly hard for Nolan, who stayed in touch with Coons’ family after the crash.

“It’s not something we normally do,” said Nolan. “We don’t get that connected with a family, but I felt the need to meet them.”

While the two deputies share in the family’s heartbreak, they take some comfort knowing Coons spent her final moments by her family’s side rather than alone in her burning car.

“We gave her family a chance to say goodbye and spend some time with her before she passed,” said Sunkel.

Nolan said she still keeps in touch with Coons’ family hoping to provide comfort and condolences.

Nearly a week after the frantic rescue, Nolan and Sunkel were honored by the state of Florida. 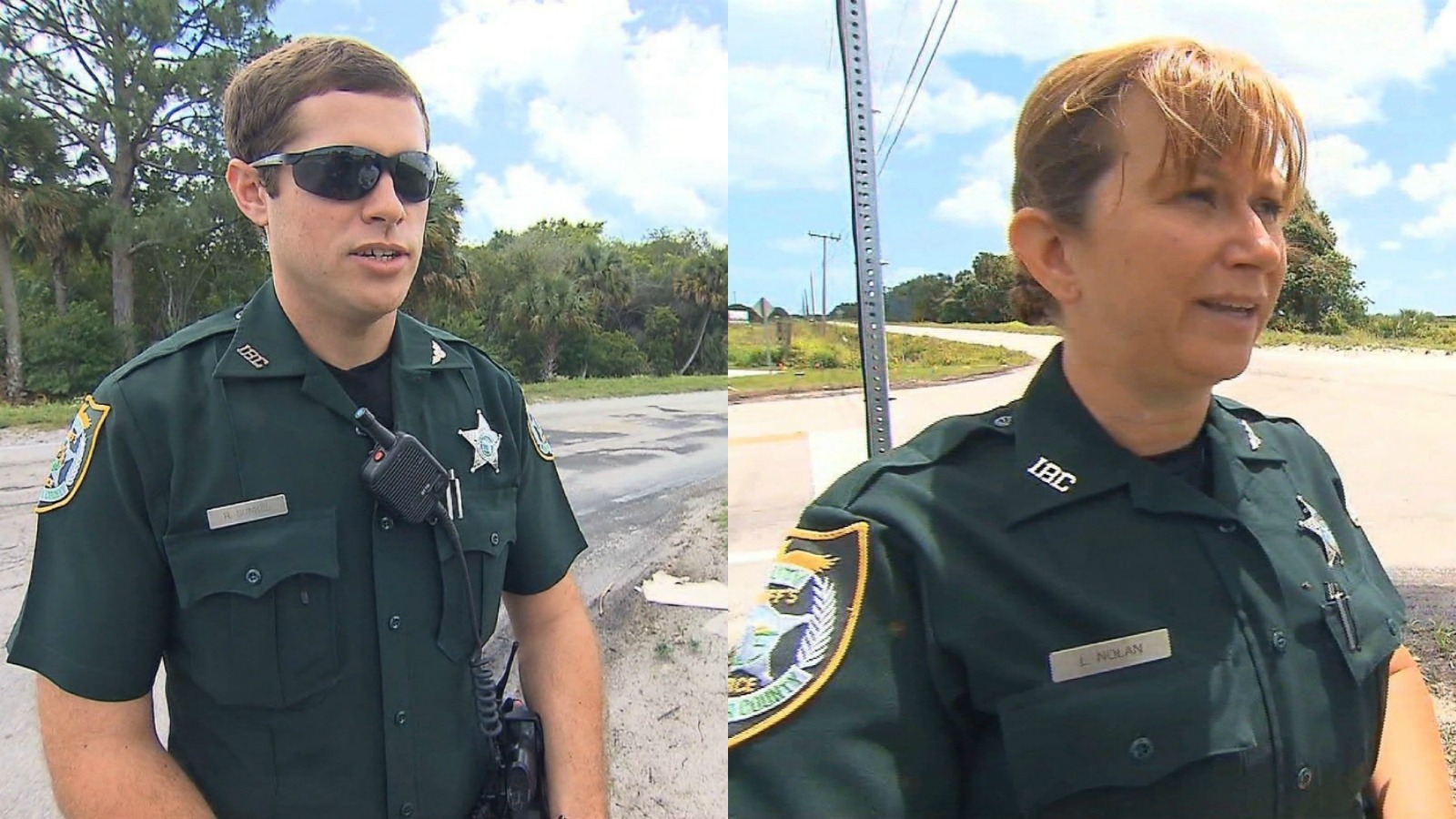 They were each awarded the Governor’s Medal of Heroism during a March 29 meeting of the Florida Cabinet. The honor is reserved for first responders who deliberately go above and beyond the call of duty to preserve life.

“I am incredibly proud of the bravery of Deputy Robert Sunkel and Deputy Linda Nolan to rescue a woman from a burning car and save her life. Their quick reaction to the life-threatening situation demonstrates tremendous courage,” Gov. Rick Scott said.

Nolan’s right hand was still bandaged as she received her medal. She suffered first and second-degree burns as she helped pull Coons from the burning car.

“Scars are a reminder of something. And I’m OK about being reminded,” said Nolan. “But it also shows that healing took place. I’m hoping that for the family.”

OMAHA, Neb. (AP) — U.S. hospitals slammed with COVID-19 patients are trying to lure nurses and doctors out of retirement, recruiting students and new graduates who have yet to earn their licenses and offering eye-popping salaries in a desperate bid to ease staffing shortages.

With the virus surging from coast to coast, the number of patients in the hospital with the virus has more than doubled over the past month to a record high of nearly 100,000, pushing medical centers and health care workers to the breaking point.

RALEIGH, N.C. (AP) — Alonzo “Lon” T. Adams II, the man who created the formula for Slim Jim beef jerky sticks, has died from complications of COVID-19. He was 95.

GATLINBURG, Tenn. — Tennessee’s Great Smoky Mountains were coated in snow this week, including the Gatlinburg SkyBridge, as this video released on the park’s Facebook page shows.

Gatlinburg SkyBridge is North America’s longest pedestrian suspension bridge and spans 680 feet across a valley in the Great Smoky Mountains.

These states have the highest COVID-19 death rates this week

Blinkies put to the Deal or Dud test

McRib is back nationwide for the first time in 8 years