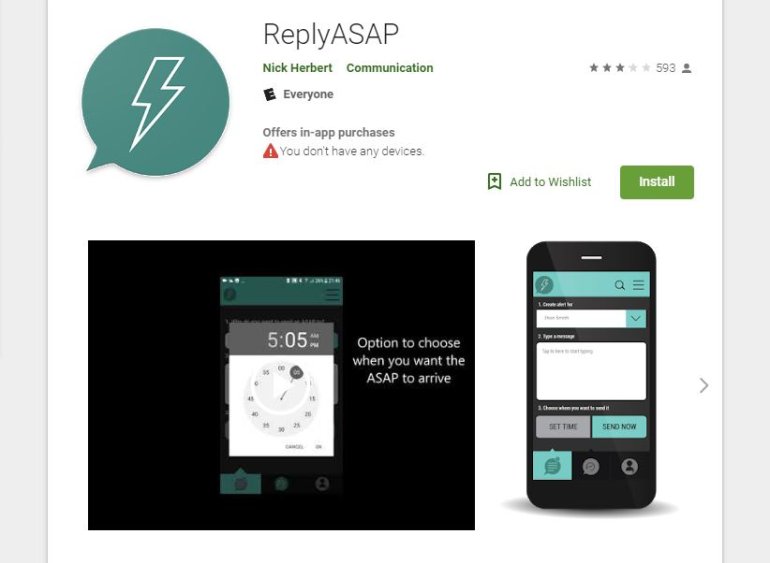 For parents who are worried their kids are ignoring their texts, one dad has developed a phone app to make it impossible.

With the Android app ReplyASAP downloaded, anytime the phone receives a text from another connected user, the phone locks down until that text is answered or at least read.

If the phone is on silent, the app sets off an alarm to get the user’s attention.

The app was first developed by Nick Herbert, a dad who wanted to make sure other parents never had to wait, worried, while their texts go ignored.

The app has been downloaded more than 75,000 times since it was launched back in August 2017.

While the app is free, a few bucks can unlock even more features.

RALEIGH, N.C. (AP) — A button that experts believe was from Confederate Gen. Robert E. Lee's dress coat and a strand of hair from his horse are among the items found inside a time capsule discovered when workers removed the base of a Confederate statue from the grounds of the North Carolina state Capitol.

Workers found the time capsule while dismantling a 75-foot Confederate statue that stood on the state Capitol grounds for 125 years.

WASHINGTON (AP) — The title sponsor of the Washington Redskins’ stadium wants the NFL team to change its name.

“We have communicated to the team in Washington our request that they change the team name,“ FedEx said in a statement Thursday.

GREENSBORO, N.C. -- Police are on scene as North Carolina A&T State University warns the campus community of shots fired in the area.

Dispatch says received a call at 6:24 a.m. Friday reporting a shooting with at least one victim.

Man stabbed in neck during fight in Winston-Salem

Group pushes for safe reopening of gyms in North Carolina