GREENSBORO, N.C. — The assistant director of finance for Moses Cone Hospital sent a scathing letter to lawmakers regarding the 2020 state health plan.

Frank Kauder sent the letter on July 1, the same day Cone Health CEO Terry Akin sent an email to Cone Health employees detailing why they would not be joining the State Health Insurance Clear Pricing Project.

Akin said by signing on, Cone would lose $26 million, forcing it to reduce or eliminate services. By not agreeing to sign on, Cone Health will become out of network for anyone registered with the state health plan next year.

Teachers, troopers and and other state employees may soon have to pay more to go to any hospital owned by Cone Health as a result.

“Consider contacting your state senator or the state treasurer to help them understand the damage the State Health Insurance Clear Pricing Project would cause,” Akin said in his email to employees.

North Carolina State Treasurer Dale Folwell (R) recently told FOX8’s Bob Buckley in an interview, “The choice to not provide health care to the people who teach our kids or protect us from criminals and pave our roads, that choice lies with them. The fact is, if they would roll their prices back to what they were charging us a few short years ago, all these threats of removing services from people would no longer be valid.”

In Kauder’s email, he told lawmakers, “Your plan to cut payments to hospitals could possibly be the most moronic idea I have ever seen come out of our state government, and since you Retardicans have taken power, that’s saying a lot.”

He went on to suggest that Republican lawmakers believe government health care should consist of two plans: “Rich can pay for the services they need and the poor can die in the streets.”

“Poor people generally don’t vote for your party, so you want them to die,” Kauder wrote.

Kauder closed the letter, “Burn in hell you sorry son’s of b****es.”

“This is a personal opinion and Cone Health disagrees with the content and tone of the email. Respectful dialogue is the key to a better health plan for state employees.”

You can read both emails below. 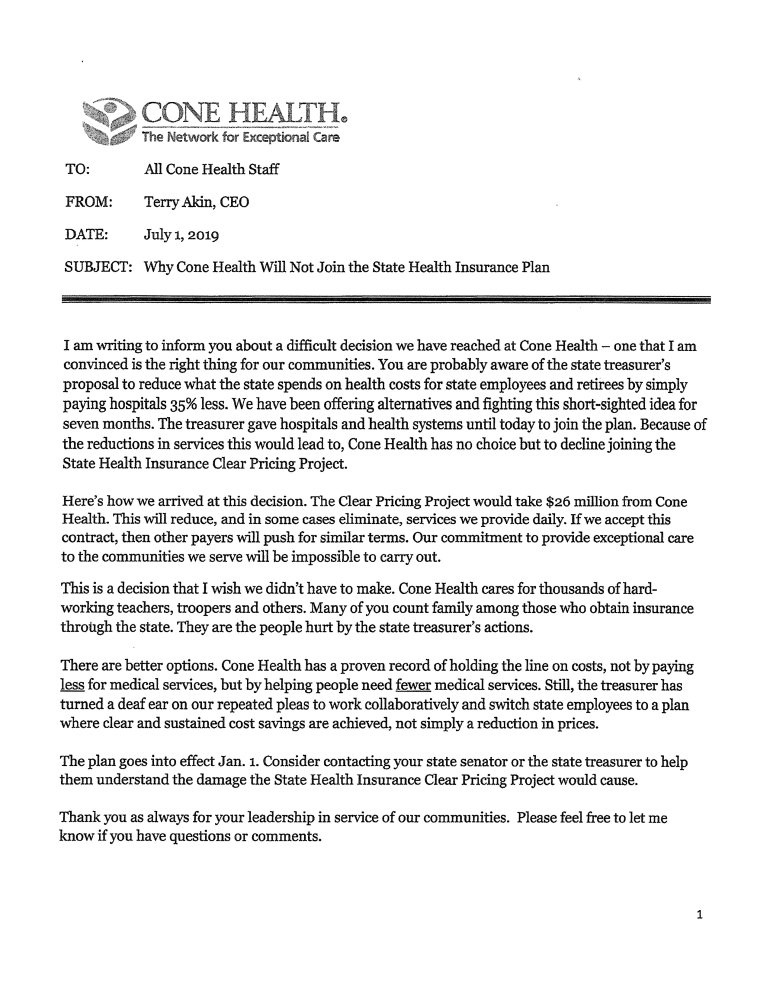 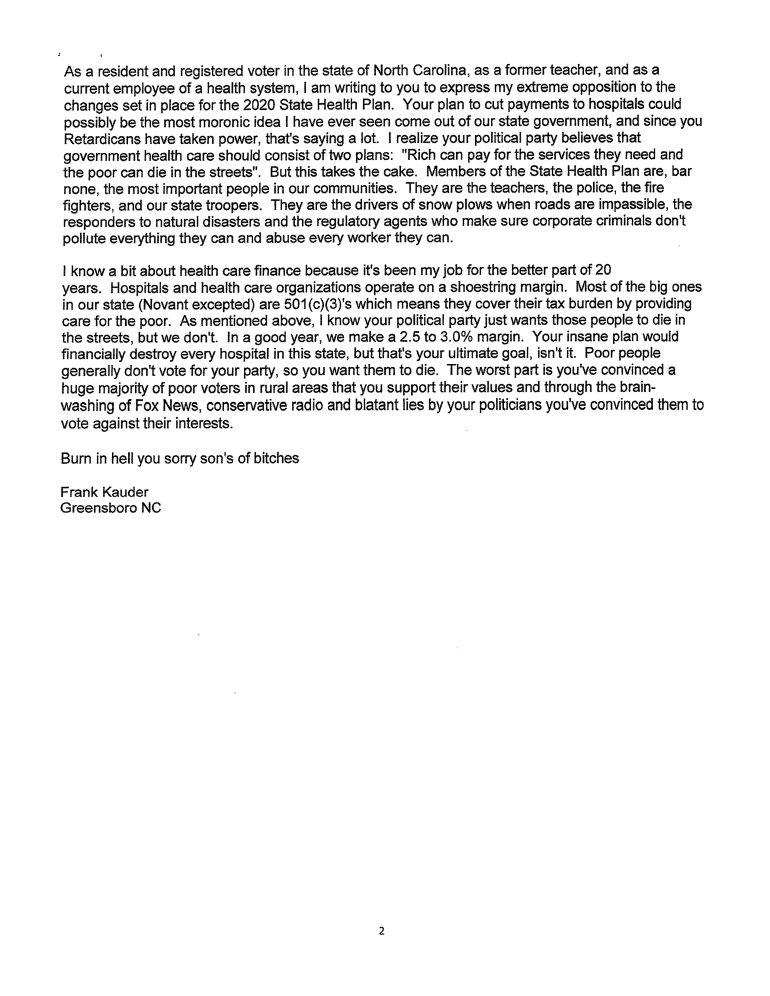 The Ontex prject will bring 403 jobs and $96 million in investment to Rockingham County, according to a news release from the county.

Daisy is our Pet of the Week!

Daisy is a 19-year-old registered quarter-horse mare. She is very broke and use to be in a lesson program for children but prefers to have just one rider. She is the alpha mare in the pasture with other horses so will need a pasture mate who doesn’t mind her being the boss.

GREENSBORO, N.C. -- After more than 30 years, a Greensboro company is one of the best in the nation when it comes to building trade show displays. But they faced a lot of changes, due to the Coronavirus pandemic. Still, when orders stopped coming in, they found a new way to succeed - with protective gear that's Made in North Carolina. Brad Jones tells us more about it.

Coronavirus in North Carolina: Number of cases rises to 24,140; Here’s a county-by-county breakdown of cases in the Piedmont Triad