COLUMBUS, Ohio – Adult film actress Stormy Daniels’ lawyer announced on Twitter that the charges against her have been dropped hours after her Thursday arrest.

Daniels was arrested in Ohio early Thursday on three counts of illegally touching a patron at a sexually oriented business, court records show.

The motion to dismiss posted to Twitter by her attorney Michael Avenatti states, “The State does not have probably cause to proceed on any of the three charges set forth in the complaints.”

The documented states, “In this case, there has been no evidence provided to the State that Defendant appears or has appeared regularly at Sirens,” referring to Sirens Gentleman’s Club,  the Columbus strip club where the incident took place.

I am pleased to report that the charges against my client @stormydaniels have been dismissed in their entirety (below motion was just granted). I want to thank Joe Gibson & his colleagues at the prosecutors ofc for their professionalism starting with our first call early this am. pic.twitter.com/xHPSWsyqM2

In the early morning, her attorney Michael Avenatti tweeted that his client was taken into custody at the strip club.

“She was arrested for allegedly allowing a customer to touch her while on stage in a nonsexual manner! Are you kidding me?” Avenatti tweeted.

“They are devoting law enforcement resources to sting operations for this? There has to be higher priorities.”

Daniels made headlines worldwide for allegedly having an affair with Donald Trump in 2006 — and for the $130,000 she says she received from his attorney in 2016 in exchange for her silence about the alleged sexual encounter. Trump has denied the affair happened.

Avenatti said Daniels, whose legal name is Stephanie Clifford, was arrested while “performing the same act she has performed across the nation at nearly a hundred strip clubs.”

“This was a setup & politically motivated. It reeks of desperation,” his tweet said. “We will fight all bogus charges.”

When reached by CNN, Avenatti confirmed that the information he tweeted is accurate. He later said Daniels is expected to be released on bail and charged with a misdemeanor for allowing touching.

Documents on the Franklin County Municipal Court website show that Daniels will be arraigned Friday at 9 a.m. 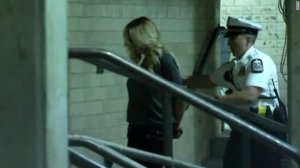 Last month, the Sirens Gentlemen’s Club posted on its website that Daniels was scheduled to perform there Wednesday and Thursday. A person who answered the phone at the club declined to comment.

Daniels is suing Trump and his former personal lawyer, Michael Cohen, to be released from a nondisclosure agreement that she says she signed days before the 2016 presidential election to prevent her from publicly discussing the alleged affair.

Avenatti alleges the payment was a violation of campaign finance law and was designed to suppress speech. Trump has said he personally reimbursed Cohen for that payment.

CHARLOTTE, N.C. -- The Avett Brothers, a folk band from Concord, are set to perform a drive-in concert at the Charlotte Motor Speedway in August.

Tickets go on sale Friday for the August 29 show.

SALT LAKE CITY, Utah (ABC4 News) - With gyms closing around Utah and people working from home in efforts to prevent the spread of the coronavirus, thousands of people are trying to navigate through what their "new normal" is becoming. For many people, this means their hobbies that maintain their physical and mental health are no longer options such as going to the gym or going out with friends. So in order to keep yourself, and those around you, happy and healthy, what are some ways to stay active and sane during the coronavirus outbreak?

While some are lamenting the loss of their gym time and are worried about what might happen to their fit physiques...

TERRE HAUTE, Ind. (AP) — The federal government on Tuesday carried out its first execution in almost two decades, killing by lethal injection a man convicted of murdering an Arkansas family in a 1990s plot to build a whites-only nation in the Pacific Northwest.

The execution of Daniel Lewis Lee came over the objection of the victims’ relatives and following days of legal delays, reviving the debate over capital punishment during a time of widespread social unrest. And the Trump administration's determination to proceed with executions added a new chapter to the national conversation about criminal justice reform in the lead-up to the 2020 presidential election.