KEARNS, Utah -- The Catholic Diocese of Salt Lake City is investigating an event that some are calling a miracle inside the Saint Xavier church in Kearns.

Last week, during the holy communion, a host was returned to the father overseeing the service. A host is the small wafer handed out as part of the communion. The father placed the host in a glass of water near the head of the church. Typically, the host will dissolve away in a few minutes.

Three days later, members of the church say the host was still floating and it appeared to be bleeding. Word spread, and the church filled with people. For a short time, the host was on display.

The Salt Lake City Diocese has taken possession of the host, appointing a committee to look into the incident. The head of the committee, Monsignor M. Francis Mannion issued this statement:

"Recently, reports of a bleeding host at St. Francis Xavier Church in Kearns have been circulating within the diocese. Monsignor Colin F. Bircumshaw, Diocesan Administrator, has appointed an ad hoc committee of individuals with various backgrounds to investigate the matter. The work of the committee is now underway. The results will be made public.

The host is now in the custody of the Diocesan Administrator. Contrary to rumor, there are NO current plans for public exposition or adoration.

Whatever the outcome of the investigation, we can use this time to renew our faith and devotion in the greatest miracle -- the Real Presence of Jesus Christ that takes place at every Mass.

There are no plans to make the host available for public view or adoration, according to the Diocese. However, the results of the investigation will be made public when it is complete. 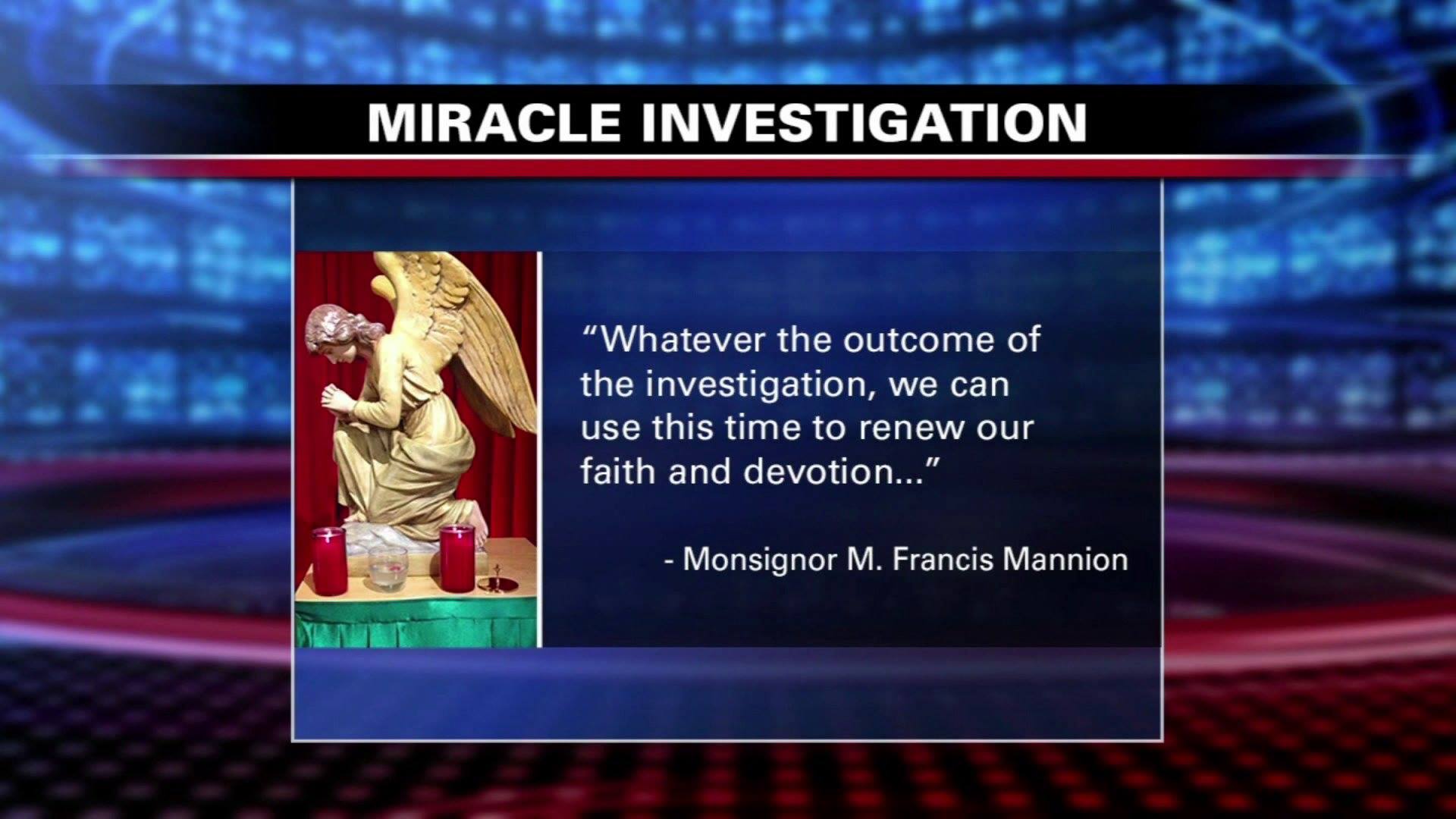 Man arrested after shooting woman as she drove by in Winston-Salem, police say

TAMPA, Fla. (WFLA) -- Colorado State University released an updated forecast for the 2020 Atlantic hurricane season this week. The forecast now calls for an "extremely active" season with a total of 24 named storms, which include the nine storms already named this year.

The forecast calls for 24 named storms and 12 hurricanes, five of which are expected to be major - meaning they would reach Category 3 strength or higher.

CHARLOTTE, N.C. (FOX 46 CHARLOTTE) - Multiple people have reached out to FOX 46 saying that when they woke up Wednesday morning it showed $0 in their Bank of America accounts.

A 2019 fourth-round pick out of Alabama, Miller played in seven games last year. He had a pair of sacks in the victory over the Cardinals in Week 3, but after he injured his ankle two weeks later against the Jaguars, Miller played just 25 snaps the rest of the season.

Biden no longer coming to Milwaukee to accept presidential nomination

Driver taken to hospital after crash with tractor-trailer in Greensboro

Coronavirus in North Carolina: Number of cases passes 129,000; Here’s a county-by-county breakdown of cases in the Piedmont Triad