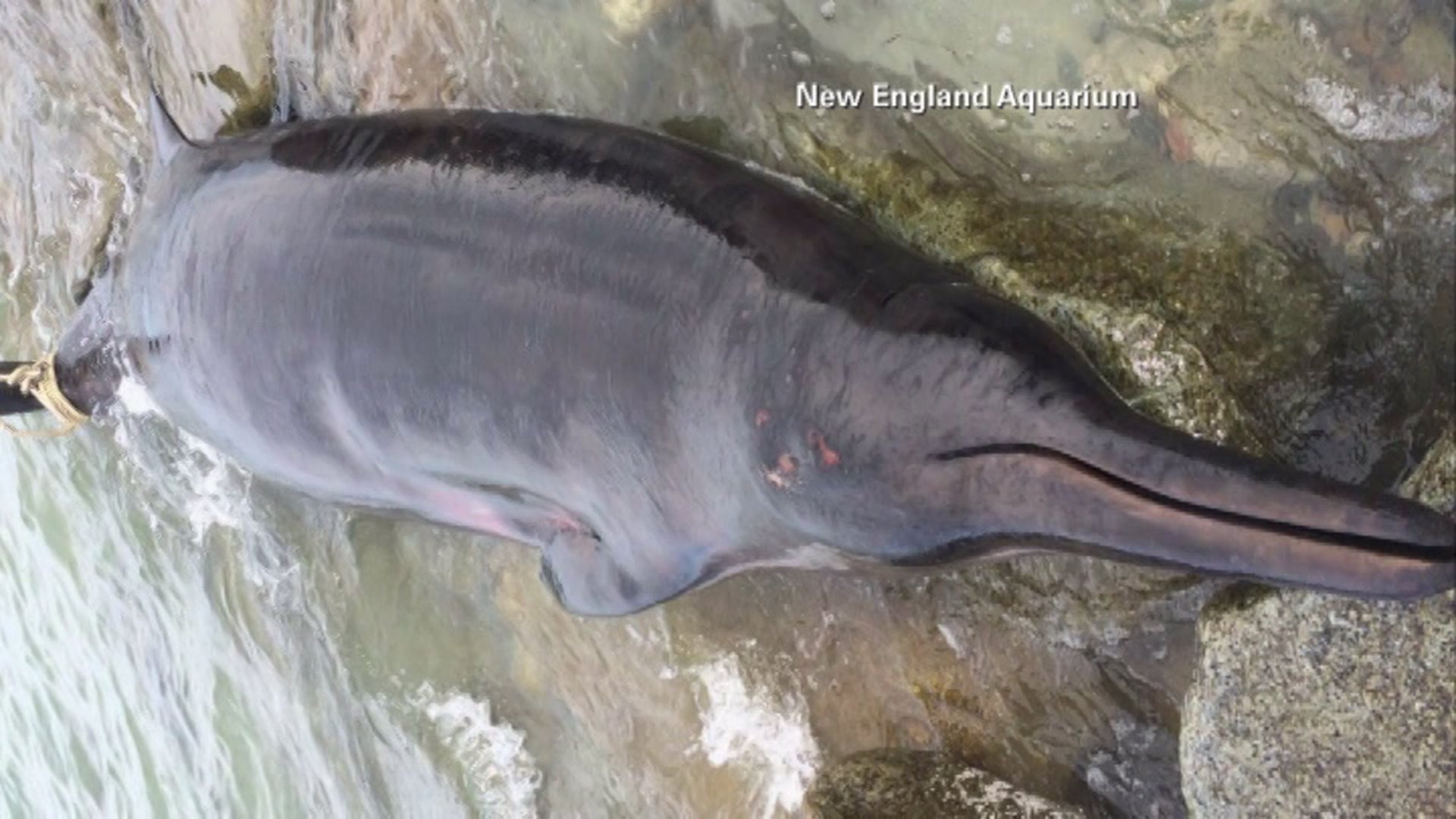 PLYMOUTH, Mass. — The carcass of a deep-sea beaked whale found washed up on a Plymouth, Mass., beach is so rare that it has marine experts confounded: What is its exact species, and how did it get to shore?

The 17-foot toothed female whale, which weighs nearly 1 ton and has dark purplish skin with a long slender snout, was found washed up on a stone jetty.

It is believed to be a Sowerby’s beaked whale, but its type is so rarely seen that New England Aquarium biologists “have been conferring to determine the exact species,” aquarium officials said in a statement released Saturday.

“The beaked whale carcass is fairly fresh and in good condition,” the statement said. “At first inspection, the long, streamlined whale did not have any obvious entanglement gear or scars or obvious trauma from a vessel strike.”

The deep diving Sowerby’s whales are usually found on the continental shelf, hundreds of miles out to sea, the statement said.

Marine biologists with the New England Aquarium performed an animal autopsy Saturday at the Woods Hole Oceanographic Institution and are investigating what caused the whale to wash ashore, according to the statement.

“The best way to describe it, it looked like a dolphin,” Hunter said. “But much bigger.”

Plymouth natural resource officers anchored it to avoid it washing out, he said. Because of the whale’s enormity, the staff had to wait until high tide, around 5 p.m. Friday evening, to remove the carcass from the rocks.

The whale was then towed to the pier and lifted by crane onto an aquarium trailer, Hunter said.

“Deep-diving whales you generally don’t see near the coast, so it is very unique for it to wash up on the beach,” Hunter said. “We have had a number of whales and dolphins end up on shore over the years, but never this species to my knowledge.”

Woods Hole Oceanographic Institution could not be reached for comment or necropsy results.

GREENSBORO, N.C. -- A person was killed in a motorcycle crash in Greensboro on Thursday evening, according to the Greensboro Police Department.

Thunderstorms developing in the afternoon Precip: 60%