The suspect has been found.

ALAMANCE COUNTY, N.C. — Two people are dead, and one man is wanted in their death, according to the Alamance County Sheriff’s Office.

At about 10:21 p.m., deputies responded to a report of two people shot to death on the 2000 block of Payne Road, which police say is located in Graham.

The sheriff’s office identified Justin Lynn Ramirez, 31, as a suspect. He is now wanted.

Ramirez is described as a 6-foot-1 tall man weighing about 180 pounds. He has brown hair and green eyes.

Deputies warn that Ramirez is “armed and dangerous.”

The sheriff’s office believes Ramirez may be driving a stolen 1996 Dodge pickup with North Carolina plates YC7394. The truck is beige with a single brown stripe down the side.

“If seen, do not approach Mr. Ramirez,” the sheriff’s office reports.

Anyone who does see him is asked to call 911. 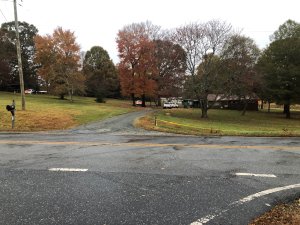 WINSTON-SALEM, N.C. -- For the first time, we’re hearing firsthand from people on the scene of a deadly shooting outside BJ’s Restaurant and Brewhouse, detailed in 9-1-1 calls made both before and after the shooting happened.

FOX8 and several other local media organizations sued to have the 9-1-1 calls unsealed, which they were today.

FOX8 looked at the zip codes where a high number of the county's cases are clustered. The top three zip codes with the highest number of COVID-19 cases are in Greensboro city limits, covering the northeast and southeast portion of the city.

US government set to execute first federal inmates in 15 years

TERRE HAUTE, Ind. (NEXSTAR) -- The federal government plans to resume federal executions next week for the first time in more than 15 years.

Three men are scheduled to die by lethal injection in one week at an Indiana prison beginning Monday. Each received the death penalty for crimes that included the murders of children, a violation of federal law. A fourth inmate at the prison is set for execution in August.

US government set to execute first federal inmates in 15 years

‘Save our Stages’: Music venues push for additional funding as closures continue