WINGATE, N.C. — There was increased security Monday night at Wingate University after someone posted to Facebook hate speech directed toward a guest speaker, WSOC reports.

The post was on the Muslim Student Association’s page and was aimed at Libyan journalist Noor Tagouri.

A woman responded to a comment by insulting the Quran and said to the people attending, “Good luck living through it.” 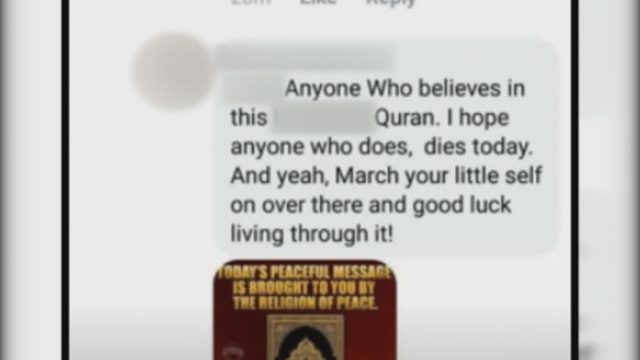 “I didn’t really think anything of it,” Muhyeddin told WSOC. “There were no direct threats toward us. It really was just hate speech, which is nothing new to us. I mean, we’re really used to it.”

Wingate police were at Monday night’s event, but no charges were filed.

Artists decorate plywood used to board up vandalized Greensboro businesses

GREENSBORO, N.C. -- Monday in Greensboro came with a high temperature of 74 degrees and a radiant blue sky. In the words of FOX8 Chief Meteorologist Van Denton, the weather was “perfect.” But, if you drove down Elm Street and had no idea of what happened across the country over the weekend, you would have thought a storm was coming. Businesses were boarded up as though a hurricane was headed for North Carolina. But the storm had already passed.

Sunday night came with peaceful protestors speaking out in the wake of the death of George Floyd. But, as the day was coming to a close, it was looters who began to emerge. Businesses had their windows smashed, some, with their owners still inside.

The group was sitting in the roadway and began chanting "march with us."

Artists decorate plywood used to board up vandalized Greensboro businesses

As America sees another night of protests and curfews, families of those killed plea for no more violence