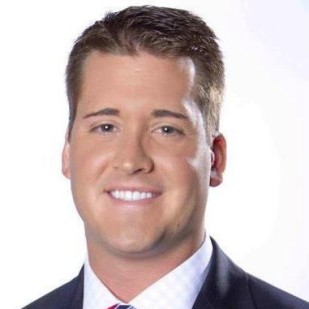 Friends and family are just two of the reasons Mitch Carr is happy to be in the Piedmont. Mitch is from right up I-85 in Richmond, VA, so the area already feels like home, especially when compared with the previous two stops in his career.

Before joining the FOX8 News team, Mitch helped wake up the Las Vegas Valley as a morning reporter for 8NewsNOW. He misses the fun in Vegas but doesn’t miss the early morning wakeup call. Mitch began his career as a general assignment news reporter for KLBK in Lubbock, TX.

Mitch graduated from the University of Miami in Coral Gables, FL. While there Mitch double majored in Broadcast Journalism and Spanish. He had the chance to study abroad in Mexico City and Viña del Mar, Chile, y ahora puede conversar en español.

Mitch is a workaholic, but when not working on the day’s story he will watch any sporting event live or on TV and spends a lot of time working out and reading. When the weather’s nice, Mitch will even embarrass himself on the golf course.

Mitch is on Facebook and Twitter (@MitchCarrTV) and loves to meet and talk to people. Just don’t be surprised if you have trouble shutting him up once he gets started.