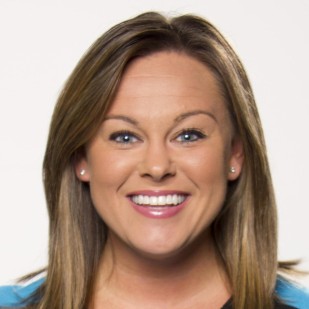 From the Rocky Mountains to the Appalachian Mountains, Lindsey Eaton is happy to land in the Piedmont Triad at FOX8.

Lindsey graduated with a Bachelor of Arts in Communications at Capital University in Columbus, Ohio. Before coming to North Carolina, Lindsey anchored and reported in Grand Junction, Colorado. During her time in Grand Junction, Lindsey busted a massage parlor soliciting prostitution during an undercover investigation.

A native mid-western, Lindsey remains a loyal Chicago White Sox fan and is anxious to see what people in North Carolina call “cold.” In her free time, Lindsey enjoys being active and has a passion for adventure. Some of her favorite activities include teaching fitness classes, running half-marathons and skydiving.

Lindsey’s favorite part of her job is meeting new people, so if you see her out and about, stop and say hello!