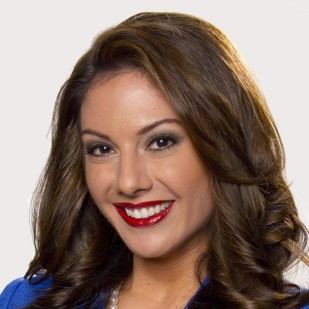 Julie Grant brings a unique blend of experience to the FOX8 News Team, after working as both a television news anchor/reporter and prosecuting attorney.

Julie comes to the Piedmont from Pittsburgh, Pennsylvania, where she spent nearly four years serving as an Assistant District Attorney in Allegheny County.

Julie obtained her Juris Doctor degree from the University of Akron School of Law in Akron, OH. She received the CALI Excellence for the Future Award for achieving the highest grade in her Trial Advocacy II class.

Before becoming an attorney, Julie was a journalist. She studied broadcast media at Mount Union College in Alliance, OH. After graduating with her Bachelor of Arts degree, Julie worked in television news as a morning anchor and reporter.

Julie is full of energy and curiosity, which is perhaps why she has chosen to pursue careers in both the legal profession and the field of journalism.

In her spare time, she enjoys dancing, exercising, attending sporting events and concerts, spending time with her family and friends and reading autobiographies.

Although Julie has called both Ohio and Pennsylvania home, she is thrilled to be a Carolina girl now. You can watch Julie every weekday morning, starting at 4:30am on the FOX8 Morning News!