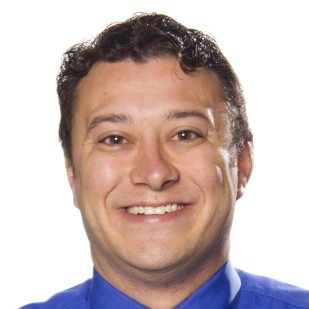 He moved to Greensboro from KRDO-TV in Colorado Springs. He covered several national news stories like the Aurora movie theater shooting, a deadly attack at New Life Church, the ousting of pastor Ted Haggard and two of the worst wildfires in the state’s history. Joe was hired as the Bureau Chief before being promoted to the anchor desk.

He started his career at KWES-TV covering Midland, Odessa and much of West Texas. Work also took Joe into Mexico for one story, where he conducted a jail house interview with a U.S. citizen unfairly imprisoned on murder charges. That man was freed a few months later.

Joe has been honored several times throughout his career for his work as a reporter during breaking news and also as a sportscaster covering high school football.

Joe became a broadcast journalist after graduating from the University of Texas at Austin.

Moving to Austin while he was in high school, it’s easy to understand why Joe loves discovering new music and is excited to visit the Greensboro Coliseum and other venues in the Triad for live shows.